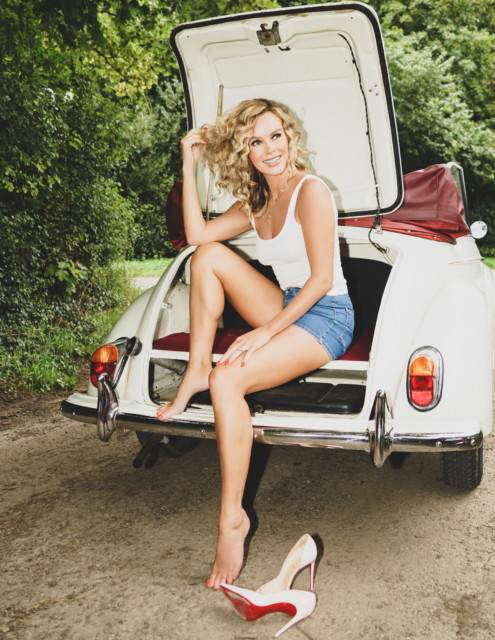 AMANDA Holden kicks off her high heels — and slips into a tight-fitting boot instead.

The Britain’s Got Talent judge, 49, has been getting complaints about the risque outfits she wears on the ITV talent show. While Amanda has suggested she will cover up a bit more in future — she may just be taking her critics for a ride.

She said: “Fashion does not have an age limit, and it drives me mad that these nearly 50-year-old boobs get so much airtime, when I am sat next to Alesha, who is ten years younger, and wears loads of things down there.

“I just keep thinking I am being a big round number next year, these things are going to start dropping soon, so they will drop out of the news literally because they will just drop off.”

Earlier this month, Amanda revealed that ITV show bosses have installed a committee of bigwigs to check out her chest area and sign it off before the cameras start rolling each week. Amanda says fashion ‘does not have an age limit’

The BGT judge said: “There’s now a whole body of people that knock on my door and come and stare at my chest before we go on air.

“There’s a t*t committee. There are so many brilliant people, they come down, knock on the door and there’s the lady who’s the producer who said, ‘Mandy, it looks great’.

“I won’t name her, but she’s female. She is a good, strong woman and she’s on my side.” Lidl is selling a weighted blanket ‘that feels like a hug’ – and it’s...

Piers Morgan in explosive rant at Harry and Meghan for exploiting Dianas death to...