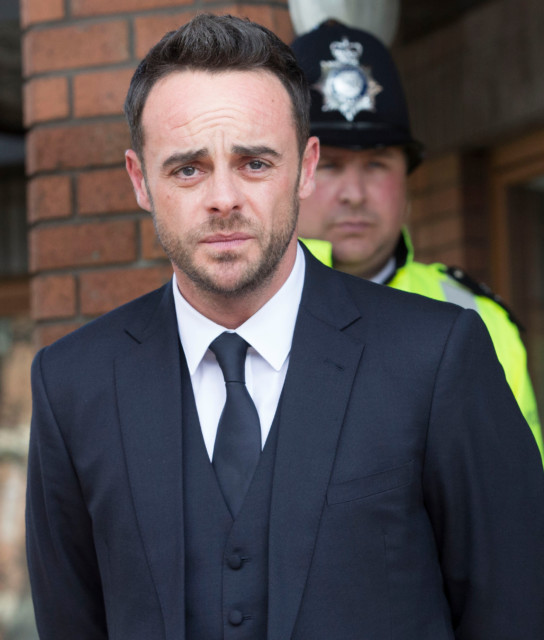 ANT and Dec split up as a partnership in the midst of Ant McPartlin’s rehab and marriage woes.

The hosts of Saturday Night Takeaway, Britain’s Got Talent and I’m A Celebrity describe how they briefly went their separate ways in their autobiography, Once Upon a Tyne.

According the the Daily Mirror, the duo’s relationship was on “autopilot”, but after a break they reunited and were stronger than ever.

In the book Declan Donnelly, 44, writes: “There was a real chance we were never going to work together again. Not knowing if Ant and Dec would continue was very scary for us both.

“Since 1990 we’ve made every decision together for the sake of Ant and Dec. Every discussion we’ve ever had has been ‘what are we going to do? What’s best for us?’

“And now suddenly, we had to think about ourselves as individuals. ‘What do I want to do? What’s best for me?’. That felt like an alien mindset to adopt and it was very frightening.” Dec was forced to consider a solo career

In January of the same year he’d also announced that he and ex wife Lisa Armstrong were splitting. They’ve now divorced.

When he hit rock bottom it forced him to cancel the Britain’s Got Talent live shows and I’m A Celebrity that year.

But it was while Ant and Dec were making ITV show Ant and Dec’s DNA Journey, which aired last year, that they patched things up. Dec said: “Looking back, when we went into DNA, our relationship wasn’t where it should have been. We were on autopilot, working too hard and taking each other for granted, but Ant’s break forced us both to evaluate everything, almost from the perspective of an outsider.

“It was something we really took time over. We both spoke to lots of people, friends and family, and we both individually came to the conclusion that we wanted to keep working together. A break helped us realise how much we love what we do, and ultimately how much we love each other.” They spoke about their rocky patch on The One Show tonight

Ant said: “By the end of making DNA, our partnership was so much stronger than it had been at the beginning, because so much had happened to us both. I’d gone through rehab and a divorce and Dec had become a dad for the first time. These are seminal points in your life, huge moments that, especially in my case, could have gone either way.

“There were times in my recovery when I wasn’t sure I’d work again, or if I’d get to work with Dec, if we’d ever get to be Ant and Dec again. That sounds crazy now, but at the time it weighed heavily on my mind, because, at first, my prime focus had to be on getting myself well.”

Once Upon A Tyne is out this week and marks Ant and Dec’s 30 years in showbusiness.

Did you miss our previous article…
https://www.hellofaread.com/britains-got-talent/bgts-ian-royce-said-he-was-surprised-he-was-still-alive-just-two-weeks-before-his-death-in-tragic-final-tweets/

Emmerdales Chas and Paddy have a girl but DONT name her in memory of...

Emmerdale spoilers – Fans think Amy could be killed off as EastEnders’ Maisie Smith...