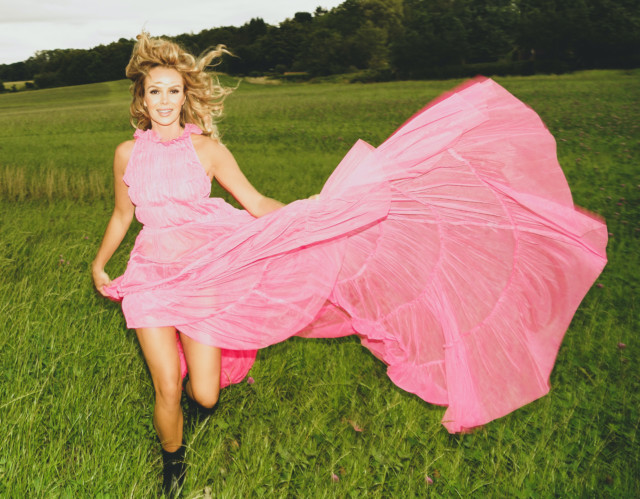 BGT judge Amanda Holden looks outstanding in her field — but fans were upset about her choice of dress for the talent show’s final.

The 49-year-old opted for a one-shouldered nude sequin dress as she saw Jon Courtenay named winner.

Amanda Holden looks gorgeous in pink during a field photoshoot But after racier outfits in past weeks, some were disappointed.

One fan said on Twitter: “Amanda what happened to you? I expected a more sexy dress!”

Another said: “Disappointed to see Amanda Holden wearing so many clothes #BGT” Amanda’s gold dress was one of her more conservative garments Last week, a dress that fans compared to lingerie received over 100 more angry calls to Ofcom.

Amanda also sparked more than 200 complaints to TV watchdog Ofcom last month when she wore a dress that allegedly revealed her nipples during one of the semi-finals of the ITV show. Amanda later took to her Instagram page to deny that her nipples were on show, explaining that she was wearing a corset.

She said: “Who has nipples this close to their cleavage?!.

“FYI. A boned corset dented the girls all night,” by which she added a couple of fried eggs.”

Coronation Street fans convinced Sally Metcalfe will save Yasmeen from going to prison for...