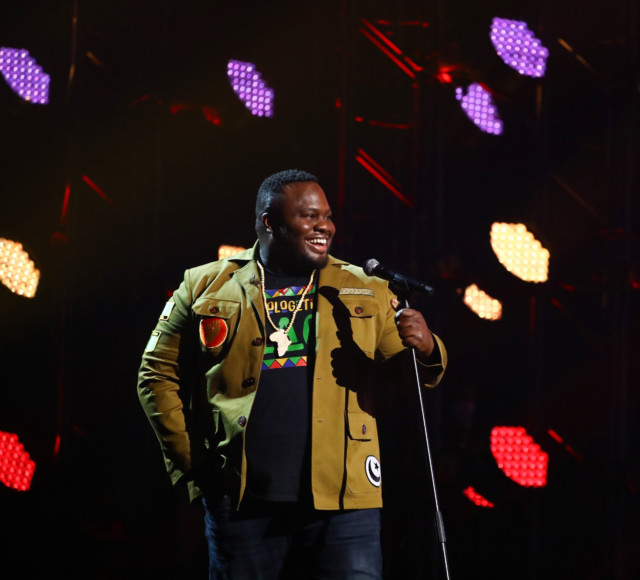 The comic sparked backlash with his semi-final performance last week, which triggered over 700 calls to the TV watchdog – and cruel trolls even sending him death threats.

The Londoner caused upset after mocking racists, which he addressed in tonight’s set in addition to the fury surrounding Diversity’s Black Lives Matter routine on the show last month.

Nabil’s jokes included claiming that climate change is real because “how else do you explain so many snowflakes in October?”.

He also shared his surprise that those who were angry with Ashley’s dance performance were able to write amid reports that they wrote complaints to Ofcom.

Discussing the toppling of former slave owner Edward Colston in Bristol, Nabil quipped that those involved in the toppling were white – evident due to the police not tasering or pepper-spraying them. Finally, Nabil shared his expectation that he won’t win tonight’s show – and if he did, critics would say it was only because he is black.

The entire routine got a rousing reaction from the judges and viewers at home, with Ashley particularly impressed by his defiance.

Addressing the tens of thousands of complaints Diversity’s performance received, the judge joked: “I know what it’s like to get a few complaints!

“There are two ways you can react, you can bend to pressure or you can be unapologetically yourself. “And it’s pretty obvious to me which one you chose! It’s not even about being black, it’s about being unapologetically you.

“Why would I be afraid of a comedian making us laugh in his own way in his own style? What, because some people might get offended?

“No way, I am proud, and whether people find it funny or not, I am proud that you have had this chance on the Britain’s Got Talent final doing you – and not bowing to the pressure, respect for that.” Ashley referenced his own Ofcom scandal

In the week, Nabil took to Twitter to open up about his experience with cruel trolls after sparking 722 Ofcom complaints.

He wrote: “Funny how I made fun of lefties too but so far it’s not them wishing death on me or sending me abuse.. hmmm who were the snowflakes again?”

Nabil did not secure a spot in the final three This year’s BGT was won by musical comedian Jon

However, Nabil promised to ruffle some feathers, adding in another tweet: “They want to complain? Ok, I’ll give them something to complain about.. TUNE IN ON SATURDAY.”

Nabil’s rousing performance was not enough for him to win the show, with Ant and Dec’s Golden Buzzer act Jon Courtenay being crowned this year’s winner instead.

This series of Britain’s Got Talent has been the most complained about TV show in a decade with a staggering 27,898 complaints – led by Diversity’s Black Lives Matter inspired performance last month

Strictly fans spot major issue with Craig Revel Horwood – but did you see...