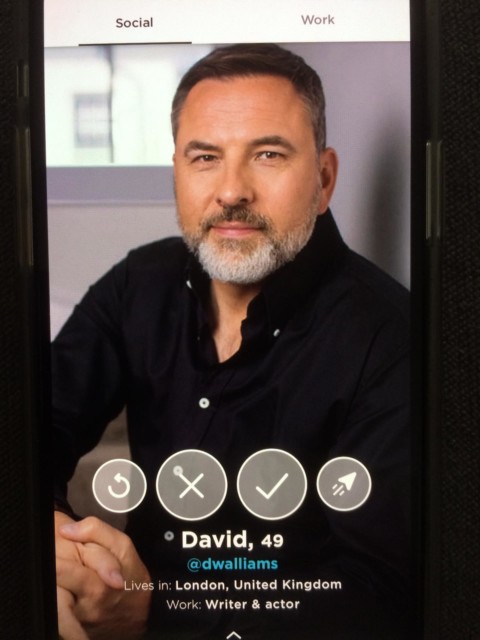 BRITAIN’S Got Talent may be over but judge David Walliams is still scouting for talent — by joining the celebrity dating app, Raya.

The 49-year-old star passed the site’s rigorous vetting system and is now looking for love.

Beneath a brooding shot of the comedian wearing a smart, black shirt and with his hands clasped, David describes his occupation as “writer and actor”, alongside his Instagram handle.

News of the Little Britain star’s new dating profile means his rumoured romance with former flame, glamour model Keeley Hazell, with whom he was pictured on a double date two weeks ago, is in doubt.

Last night a source said: “Loads of stars use this app and it is totally acceptable now.

“David’s a good-looking chap with a lot to offer and he’s not had a long-term girlfriend for ages. He’s ready to find love.”

David, whose Little Britain characters included Emily ‘I’m a lady’ Howard, was married to supermodel Lara Stone for five years from 2010 to 2015.

Raya, which costs £7.99 a month, has also been used by stars including Cara Delevingne, Paul Mescal, Ben Affleck, Jack Whitehall and Harry Styles. David is rumoured to be dating glamour model Keeley Hazell David was married to supermodel Lara Stone until 2015

More recently, former Bake Off winner Candice Brown joined it after splitting from her husband.

Hopeful daters must apply to Raya and be vetted before being allowed to join.

Social media is assessed — usually members must have a minimum of 10,000 followers or boast a blue tick to indicate they are a public figure — and applications must be backed by referrals from registered users. Did you miss our previous article…
https://www.hellofaread.com/britains-got-talent/im-a-celebs-dec-plays-epic-birthday-prank-on-ant-backstage-at-gwyrch-castle/

Is the new Saints Row a GTA-beater?