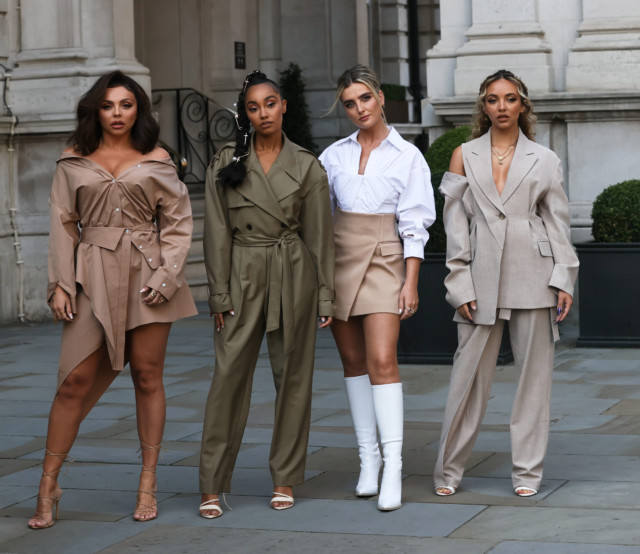 Little Mix won Simon’s X Factor in 2011 becoming the first group to ever do so, but now they’ve taken a swipe at the show that brought them fame.

Simon decided to rest the show after it took a dip in ratings and Little Mix’s four members – Leigh-Anne Pinnock, Perrie Edwards, Jesy Nelson and Jade Thirwall – think they know why.

“I think with Simon it’s all fun and games. We’ve got no personal vendetta against him,” Jade told Radio Times.

“We moved on and, to be fair, over the years we didn’t actually see him that much. We’re not ones to hold grudges.”

But Perrie added: “The best revenge is success.” Simon Cowell rested X Factor after a dip in ratings Little Mix believed X Factor had “lost its authenticity” and people stopped tuning in because it was too “scripted”.

The Shoutout To My Ex hitmakers promised their BBC talent search show would be a “new dawn of reality TV where authenticity is key”,

Jade explained: “I think the problem is when it’s like a script. When they’re like, ‘This is going to be a sob story,’ then they’ll stop the song halfway through and ask if they have something else.”

“We got so used to seeing that, it lost its authenticity. The minute it doesn’t seem real, you switch off. “How am I meant to believe in it any more? I could literally write it myself and tell you what’s coming next.”

The girls were signed to Simon’s label Syco until two years ago when they walked out over a row about the group’s musical direction.

Jade admitted Little Mix was “so scared of pissing anyone off and damaging our career – so we did what we were told”.

“The industry is very much dominated by older men and for a while we did feel intimidated by it,” she said. The Bafta-award winning Jesy who made a documentary about bullying also opened up about how The Search would look after its contestants’ mental health.

“We never had anyone check on us (on X Factor) to see how we were doing mentally, it was all just go, go, go,” she said.

Leigh-Anne agreed:  “I wish there was a lot more help.” Jesy, 29, has been very open about her mental health and revealed she had a panic attack during her tearful BBC Radio Live Lounge performance last week.

Video footage from the band’s performance showed Jesy stood with Perrie, Leigh-Anne and Jade when she took a turn in BBC Radio One’s Live Lounge. Their new album Confetti comes out on November 6

Jesy was seen holding her hands up to show how much she was shaking, with Leigh-Anne gesturing to her to calm down.

Concerned Jade then broke social distancing rules to rush over and comfort her pal.

The cameras airing their performance live on BBC Radio One’s Live Lounge were then suddenly turned off.

Little Mix also revealed their new album Confetti will be released on November 6.

Coronavirus lockdown changes: Everything you can do in England from tomorrow as shops reopen...

Prince Harry and Meghan Markle slammed for ‘interfering in US politics’ after thinly veiled...