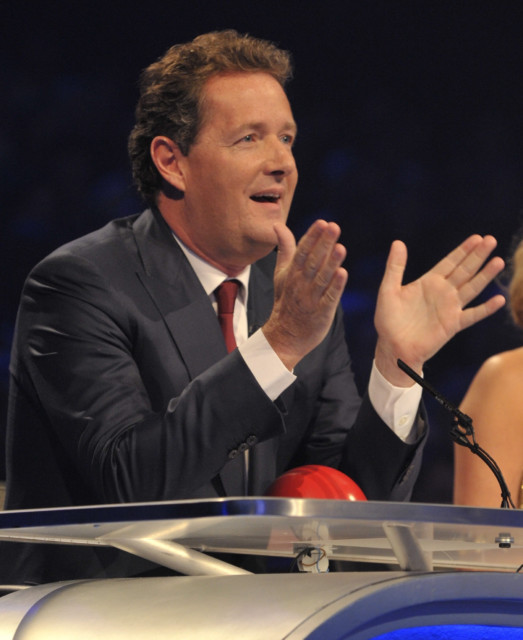 PIERS Morgan has been tipped for a big return to the Britain’s Got Talent panel after Simon Cowell pulled out.

After a fan asked whether he could come back, the 55-year-old replied: “Well, the ratings were twice as big when I did the show…”

The 55-year-old Good Morning Britain star got his big break on TV thanks to BGT back in 2007.

And with Simon looking unlikely to appear in this year’s finals at all after breaking his back, Piers could step in.

However, there is just one problem – there is a long-running feud between Piers and BGT judge David Walliams. However, there is no love lost between Piers and current judge David

Replying to a report saying they had a rivalry, Piers replied: “Rivalry? That would imply a modicum of professional respect. Try ‘enmity’.”

The Good Morning Britain host has rarely minced his words over the Little Britain star, saying he “makes my skin crawl”.

Noting that the 48-year-old comedian and author had liked tweets that attacked him, Piers publicly called him out.

He wrote: “Amusing that ⁦@davidwalliams regularly ‘likes’ the nastiest tweets about me, yet is such a snivelling toady to my face.” The former Britain’s Got Talent judge then taunted him over the difference in the show’s ratings since his day, writing: “It’s not my fault ⁦@BGT ⁩ ratings were so much higher when I was in your chair Dave!”

Piers has been in no mood to make friends tonight – responding to Hollywood star Bette Midler after she invited him to “f**k off”.

The 73-year-old was affronted by the TV star’s suggestion the Queen should strip Meghan Markle of her royal title.

Angela Merkel to FINALLY get the AstraZeneca vaccine tomorrow after endless EU dithering over...

Damning dossier reveals Labour members branded Jews subhuman and bullied them out of the...