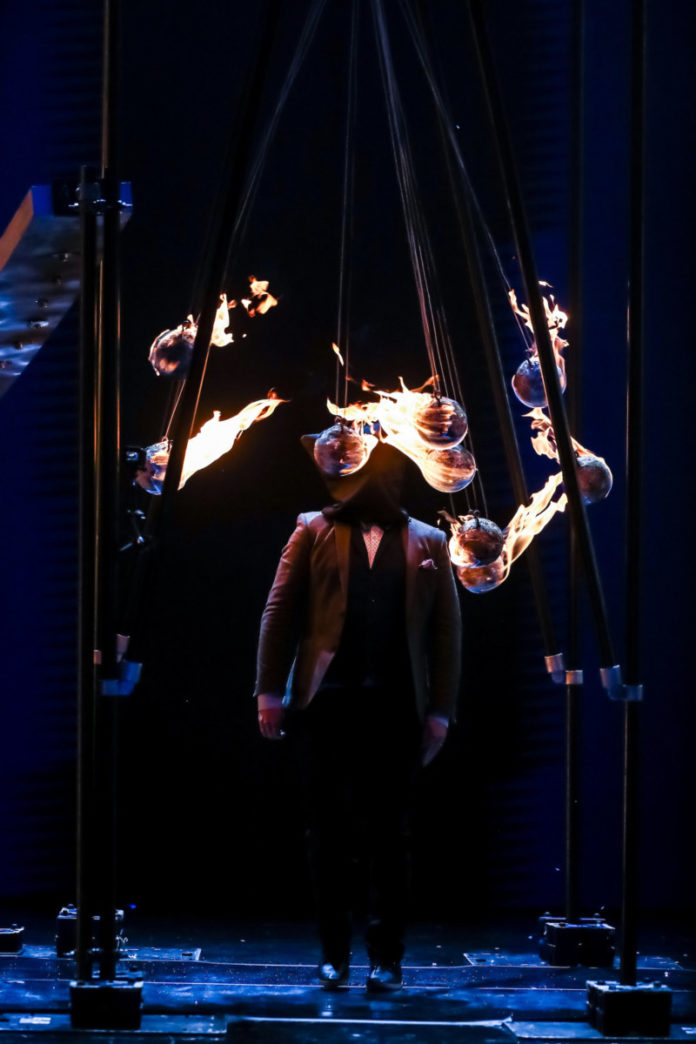 And on tomorrow night’s Britain’s Got Talent fans are going to be treated to another death defying stunt – quite literally.

David, along with his fellow judges Simon Cowell, Alesha Dixon and Amanda Holden, are left stunned by wacky scientist Kevin Quantum – who had stand-by doctors panicking as he walked through a giant harmonic pendulum, which he had set on fire.

The trick, which sees him blindfolded, normally goes without a hitch.

But when he performed it to the show’s judges in Manchester, the heavy metal pendulum balls came out of sync increasing the likelihood of hitting him.

To add to the drama, Kevin – who has a PhD in physics – revealed to the awestruck audience that his pregnant wife was just ten days away from giving birth. Kevin Quantum’s act normally goes without a hitch but during his performance one of the pendulums came out of sync, increasing the likelihood of hitting him

A TV insider said: “It’s a routine Kevin has clearly done hundreds of times before, but as he began to walk blindfolded through the pendulum, one of the balls got out of sync and it became very risky.

“He managed to get through it without a scrape, but had a ball hit him it would have killed him. “Not only were they on fire, but they weigh a huge amount.

“The judges couldn’t believe it when he said his wife was about to drop too.

“He nearly did not make it back to her.

“Kevin is a very lucky boy.”

I would say so. This is well worth a watch. I quit my job after my boss called me lazy – now I’ve made...