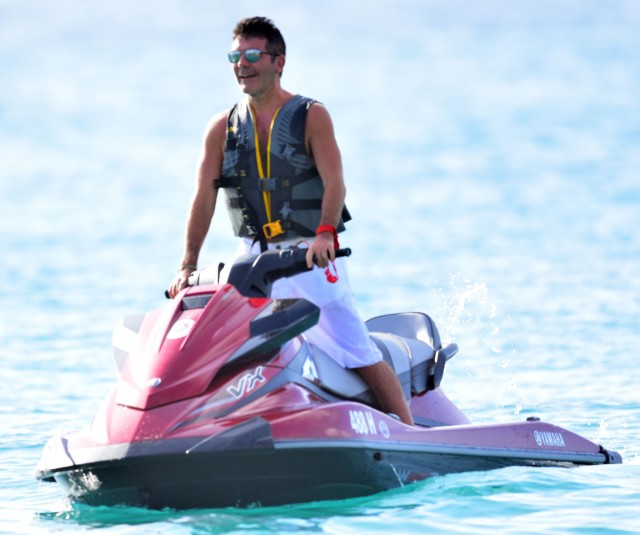 THRILL-seeker Simon Cowell has reluctantly agreed to give up the electric bike which left him badly injured.

It follows pleas from his partner Lauren Silverman after breaking his back in a horrific accident last week.

Simon, 60, has a love of fast cars, jet-skis and bikes like the powerful electric Swind EB01 he was testing when it upended.

But family and friends have urged the music mogul — who broke three vertebrae — to dump his “big boys’ toys”.

A very close family insider confirmed to HOAR: “Lauren doesn’t want him to ride one of those bikes again, so he’s agreed with his friends and family to get rid of them as soon as he’s out of hospital.

“The power of the bike was unbelievable when he changed the setting up to the second one. The bike just flew into the air. Simon, 60, has a love of fast cars, jet-skis and bikes like the powerful electric Swind EB01 he was testing when it upended

“Thankfully he let go of the bike as he fell backwards and it didn’t land on him.”

Described as a hyper-bicycle, the Swind costs £15,000 and can reach speeds of over 60mph.

Simon admitted he had not read the instructions and understood its capabilities.

Lauren, 43, is making regular visits to hospital to deliver things Simon needs —– but is insisting he must not return to work until doctors give the nod. It was understood that this demand is proving even more difficult than convincing him to throw out his high-octane toys.

The family source added: “The hardest thing is stopping Simon from getting back to work too fast. He never wants to stop.”

The X Factor and Britain’s Got Talent supremo’s accident happened in front of his and Lauren’s youngsters Eric and Adam.

The source added: “The whole thing was caught on CCTV and the footage is horrific to watch.

“He’d shipped the bike over from the UK to ride on off-road trails in the US. This accident has put him off that idea.” Simon broke his back in a horrific accident last week The music mogul is recovering in hospital