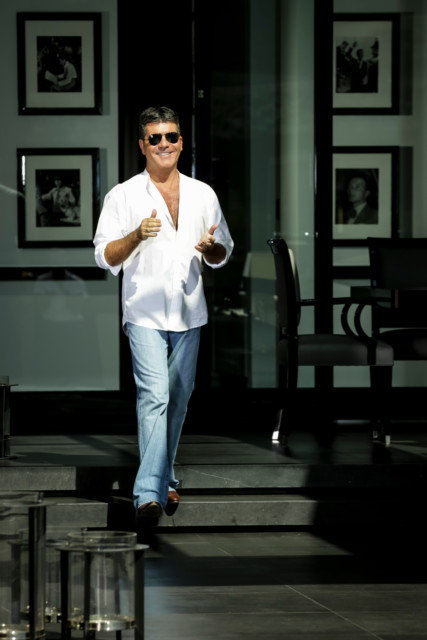 Amidst ongoing global economic uncertainty, the star, 60, is goping to place his sprawling six bedroom home on the market in a deal thought to be worth around £9million.

Sixteen years after buying the stunning residence – which comes complete with pool, gym, spa, cinema and live-in butler quarters, and has regularly featured on the X Factor – Simon hopes to maximise a property boom before the expected crash later this year.

The tycoon – worth £390 million – will keep his Malibu pad, telling friends he wants a “quieter life” away from the hustle and bustle of Hollywood.

A source said: “Simon absolutely loves this house, and for a while it was his dream home.

“But also it holds one too many showbiz memory – now that he has a son and long-term partner, he wants to lead a simpler life and create new memories not revolving around rock n’ roll, TV or parties. The mansion boasts a pool, gym, spa and cinema and regularly features on The X Factor

“It’s certainly the end of an era – but Simon is excited for a new chapter.”

Earlier this week Simon confirmed he was walking away from Syco in an eight figure deal.

He had sold Syco Music to Sony Music in 2005 but remained involved — and has now cuts all ties.

He will focus instead on his TV company, Syco Entertainment, which owns The X Factor and the Got Talent shows. Simon also has a £10m house in Holland Park in London

As part of the deal, he has bought back Sony Music’s stake in the company.

Simon’s decision to sell-up in the Hollywood Hills comes after he previously said of it: “This is the place that I feel most at home in LA.

The mogul spent five years painstakingly renovating it, with the rebuilt mansion including glass to ceiling windows, a massage room, eight-car garage, outdoor wet bar, a putting green and even a state-of-the-art retina recognition security system. Simon and his partner Lauren Silverman and their son Eric

In 2017 he splashed out £19m on a seven bed, seven bath beachfront home in Malibu, and last year bought a £15m pad in leafy Wimbledon.

He also has a £10m house in London’s Holland Park.

Did you miss our previous article…
https://www.hellofaread.com/britains-got-talent/amanda-holden-pokes-fun-at-piers-morgan-as-oblivious-fans-in-st-tropez-ask-him-to-take-a-photo-of-them-with-her/

Can you refuse to go back to work if you’re worried about coronavirus –...