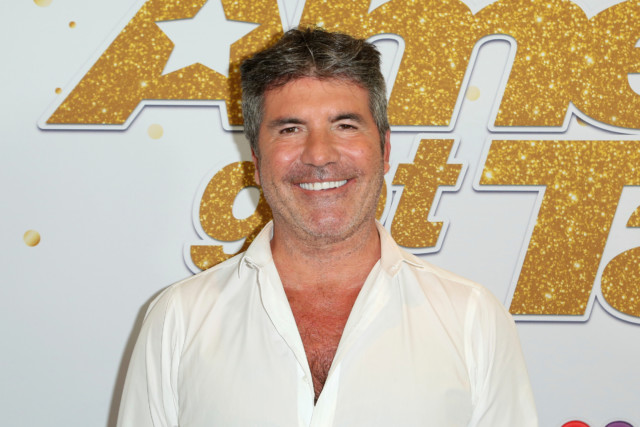 SIMON Cowell has thanked Kelly Clarkson for standing in for him on America’s Got Talent after he broke his back in three places. Kelly has joked that Simon doesn’t need to ‘hurry back’

Taking to Twitter, Kelly has shared a funny video of herself gently spinning back and forth in his chair.

In the clip, she says: “Um, Simon, don’t hurry back I’m getting real comfortable in your chair. I’m looking pretty good in it… I’m justing kidding, get well!”

Replying, Simon tweeted back: “Thank you @kellyclarkson. Miss all of you. What a Great Show. #AGT.”

Simon is recovering in the US after undergoing six hours of gruelling surgery on his back. Kelly announced she would be replacing Simon in an ‘urgent memo’

The music mogul broke three vertebrae, missing his spinal cord by a centimetre, in the horrendous fall.

He had been trying out a powerful electric bike at his and girlfriend Lauren Silverman‘s Los Angeles home when he accidentally pulled a wheelie.

Simon fell backwards and smashed down on to a concrete floor in front of his horrified son Eric, six, and Lauren’s teenage lad Adam.

The star was rushed to Providence Saint John’s hospital in Santa Monica, a short drive from his £18million beachside property in Malibu, where he underwent his surgery. Simon underwent six hours of surgery after his accident

He later confessed to fans that he had not read the instruction manual before trying out his new toy.

“If you buy an electric trail bike, read the manual before you ride it for the first time.

“I have broken part of my back. Thank you to everyone for your kind messages..”

He added: “And a massive thank you to all the nurses and doctors. Some of the nicest people I have ever met. Stay safe everyone Simon.”

Boris Johnson apologises to family of boy, 4, forced to sleep on hospital floor

I’m A Celebrity 2020 LIVE: Ruthie Henshall evicted and reveals regrets about talking about...