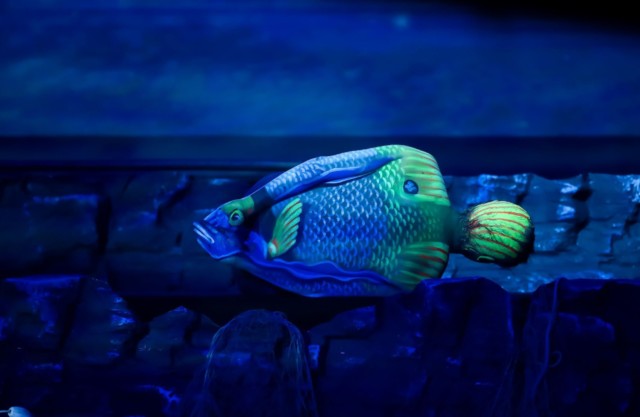 JOHANNES Stoetter amazed Britain’s Got Talent viewers when he created an entire ocean on stage.

But who is the artist behind the masterpiece and what did the judges think?

Johannes Stoetter, 41, is an award-winning visual artist from northern Italy.

He specialises in body art, bringing his works to life by painting live models and transforming them into something else entirely.

He focuses largely on nature, taking inspiration from the Alps near his home. What did Johannes Stoetter perform on Britain’s Got Talent?

Johannes told the story of ocean pollution for his first audition on Britain’s Got Talent.

He filled the stage with live models painted to form various ocean creatures – including a whale, fish and turtle.

Simon described the piece, which was narrated by the voice of David Attenborough, as “the most original thing we’ve seen on the show this year – stunning”.

He added: “I swear to God I did not know that was a human being.”

What does Johannes Stoetter do?

As well as exhibiting his showstopping scenes around the world, the talented artist also teaches body painting workshops. One live model was painted to resemble a jelly fish Gavin Williamson says sorry to every student over Covid chaos ahead of A Level...