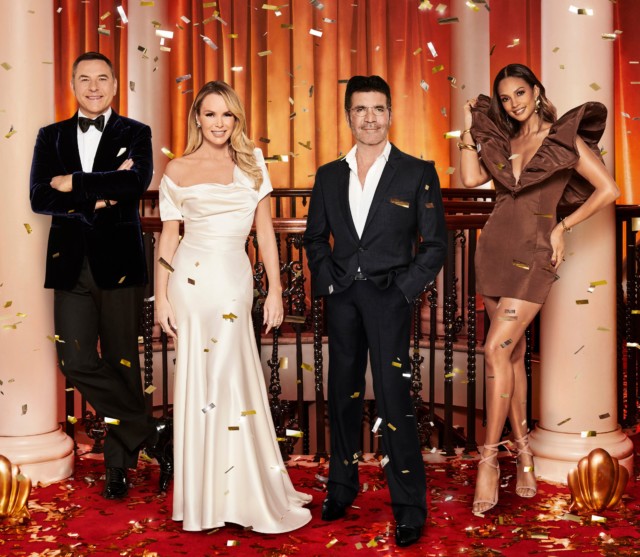 BGT will not be on ITV tonight after the live shows were postponed amid the coronavirus pandemic.

Saturday’s live semi-finals have been put on hold due to social distancing and lockdown rules as bosses insist a live audience is crucial to ongoing episodes.

Why isn’t Britain’s Got Talent on ITV tonight?

Producers are plotting ways to save the show after the live shows – normally held over Easter and hosted by Ant McPartlin and Declan Donnelly – were scrapped.

The broadcaster has insisted that it would never do a series without a studio audience.

Judge Amanda Holden has claimed that she was told by production to keep “early autumn” free for filming after the coronavirus pandemic forced them to postponed their live shows for the current series.

“All of the judges have been given a date to hold in early autumn to see if it works live,” she explained.

“We would never do it without an audience because we’ve always said the British public is the fifth judge. It would be no fun without them!”

Fellow judge David Walliams added: “There will be a gap [between the auditions and live shows] but hopefully people will forgive us”.

But insiders told the Mirror the chances of the live shows going ahead as planned are “very slim”.

A source said: “The initial plan was that the final could be filmed this autumn, but that’s looking increasingly unlikely.

“We can’t imagine an audience of that size being allowed. I’d say its chances were very slim.”

When is the BGT final?

ITV bosses confirmed live shows of Britain’s Got Talent won’t air until much later in the year, however the exact date is not known.

An ITV spokesman said: “We have been working with the brilliant production teams at Thames and Syco to find a way of making the live finals work, which were due to be broadcast at the end of May.

“However, in light of the latest government health guidelines and in line with our priority of safeguarding the well-being of everyone involved in our programmes, production of the live shows cannot go ahead as planned.

“The live finals will therefore be broadcast later in the year.”

A spokesperson told RadioTimes: “We are also working with our production colleagues to see how we can make the BGT live shows work in an ever changing situation and we will update on this in due course.” Did you miss our previous article…
https://www.hellofaread.com/britains-got-talent/kate-thornton-says-simon-cowell-humiliated-her-by-sacking-her-from-x-factor/

Brits may need vaccine passports to get into ALL big ticketed events from September...

I’m A Celeb feud revealed as stars attacks Matt Hancock on Twitter ahead of...