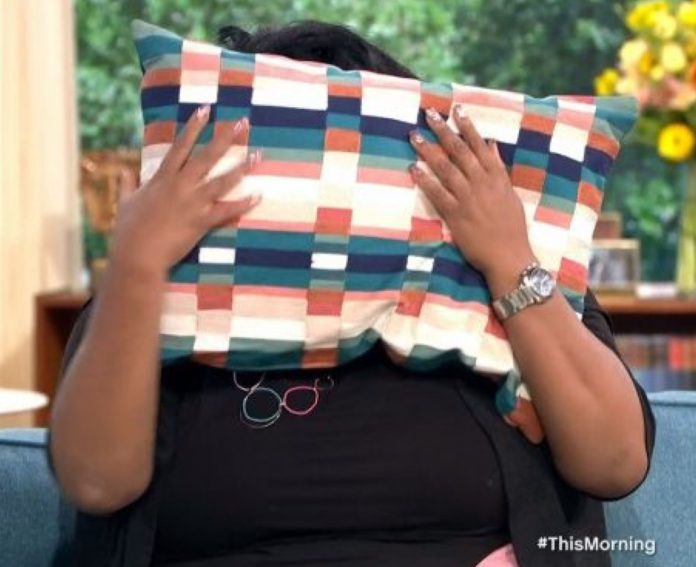 ALISON Hammond was left mortified when Phillip Schofield and Holly Willoughby replayed the hilarious moment that she knocked somebody into the river on This Morning.

Today’s instalment of the daytime TV show had a segment on viral videos as they attempted to lift the mood amid the ongoing coronavirus pandemic.

After playing classic YouTube snippets, including ‘Charlie Bit My Finger’ and ‘There’s A Bat In My Kitchen’, 45-year-old Alison insisted that was all they had time for.

However, the two hosts insisted on playing one more video, with Alison covering her face with a pillow as they shared the embarrassing clip.

The moment originally happened live on the programme back in October 2018, leaving viewers in hysterics at the time.

Alison had been conducting a live weather broadcast on a river, surrounded by various helpers.

As the former Big Brother star jumped from England to Ireland on the floating map, she bumped into unsuspecting Chris – who plunged into the water.

Alison looked horrified as Chris started bobbing around on the surface and shouted: “Oh my God, are you alright?”

Holly and Phil screamed as they watched, with Holly squealing: “Alison! What are you doing?” before bursting into laughter.

In the background, Alison could be heard apologising repeatedly to the man who didn’t appear too worried about his freezing cold dip in the Albert Dock.

Understandably, the star was left red-faced after watching the moment again today, but fans at home loved remembering the classic TV moment.

Taking to Twitter, one wrote: “That video of Alison chucking the guy off the island is still one of my fave ever videos”.

Another added: “Flipping awesome segment there @thismorning proper belly laughs! So so needed right about now!”

Love Island’s Francesca Allen pictured in explosive fight outside a pub with another woman...

Meghan Markles family fear they will never share another Thanksgiving with Duchess because of...