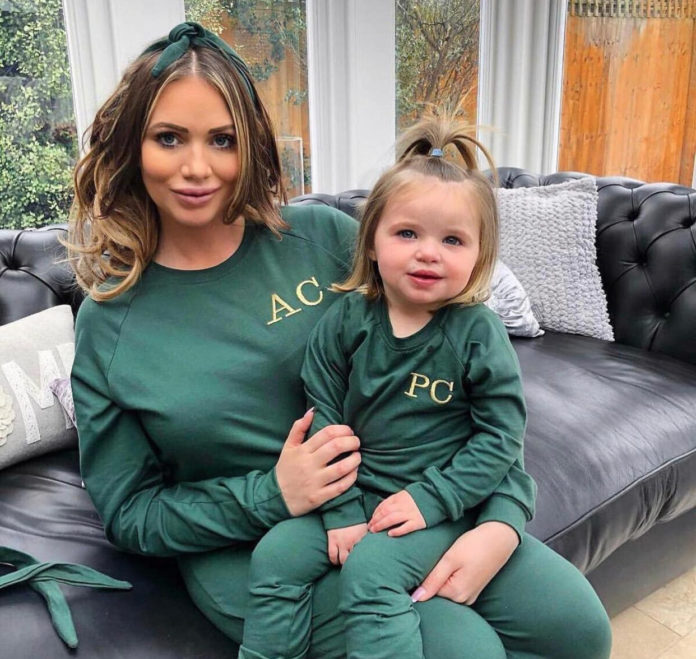 GLAMOROUS telly star Amy Childs has revealed her secret fear of being left on the shelf as a single mum-of-two.

The 29-year-old shot to fame on Towie in 2010 before making big bucks as a rental property mogul.

But she admits a string of failed relationships shattered her confidence and made her believe she’ll never find a husband.

Confessing her type is usually bad boys who want to “sponge off her”, Amy told The Sun Online’s Big Interview: “I’ve definitely worried I wouldn’t meet the one as a single mum of two young kids.

This week The Sun Online revealed that Amy struggled with depression after the breakdown of her relationship to ex boyfriend Ritchie.

She now says signing up to Celebs Go Dating and being back on telly has “saved” her from her downward spiral.

“I’ve always loved being glam, buying lovely clothes and keeping in shape- I was even in full make-up giving birth!

“But sitting indoors every day with the kids, I started feeling rubbish in myself and struggled with my weight.

“But joining Celebs Go Dating has helped me massively.

“To get back on TV and back on a dating show to meet guys and have a few proseccos… it’s my dream job.”

Although keen not to give too much away after the series returned to E4 this week, Amy added: “Some of the dates have been really lovely.

“Getting dressed up and talking to nice guys and getting the right information from the agents has got my confidence back up and now I know what I want.

“I want to meet a husband. I don’t want a boyfriend now I want a husband and I know it will happen for me now.”

He iscurrently in prisonfor handling stolen goods and has no contact with his daughter.

They alsosplit just months after he was born.

Amy made her TV comeback on Celebs Go Dating this week, which airs every night at 9pm on E4 with dating gurus Anna Williamson and Paul Carrick Brunson.

Thousands of shopkeepers stand to lose £15,000 from Chancellor’s plan to scrap entrepreneurs’ tax...