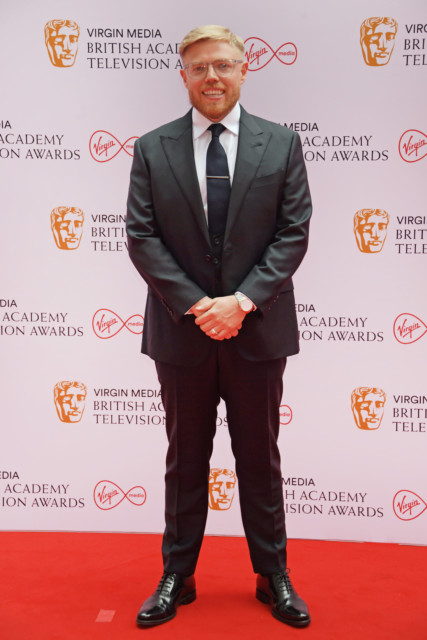 HE may be the mocking voice of Celebs Go Dating, but Rob Beckett has defended the right of comedians to take the mickey in our woke world.

The stand-up star — who returns tonight in Rob & Romesh Vs on Sky Max — says he understands that comedy has to change with the times.

But Rob insists cancel culture and right-on causes should not prevent poking people fun at anyone — so long as it’s done in the right way.

He said: “Ultimately, if it’s coming from a good place and the audience are laughing then it’s all right.

“Comedy evolves with the world. There are certain things you’d say in the Sixties and Seventies you can’t say now and there’ll be stuff in the 2040s or 2050s you can say now but you won’t be able to say then.

“This question always comes up every five or ten years and then it goes away again.

“But between the performer and the audience, nobody really cares.”

Rob is on safe ground with the third series of Rob & Romesh Vs.

Teaming up again with fellow comic Romesh Ranganathan, the pair will delve into various spheres of life they are clearly hopeless at.

In this series they’ll be taking on modelling, singing and running a restaurant — a venture which Rob describes as: “complete strung-out failure.”

And Rob has more bold ambitions for future series.

He said: “I’d like to do Bollywood and we haven’t done Formula 1.

“It would be quite funny to do a battle rap with Romesh because Romesh loves hip-hop.

“We’ve both got dogs, so it would be funny to do dog training at Crufts.

“I’d also like to go to Japan and learn about martial arts.”

Bollywood, dogs and martial arts — what could possibly go right?

AMIR BLING ON THE BOX

LAST week, boxer Amir Khan was mugged at gunpoint for his £72,000 watch — and a returning reality show could make him a target again.

The Olympian and his wife Faryal Makhdoom are back for a second series of Meet The Khans: Big In Bolton on BBC Three tonight. Her and husband Amir Khan are back for a second series of Meet The Khans: Big In Bolton on BBC Three tonight

And over the course of the first episode, they drip in almost £500,000 of designer watches, handbags, heels and jewellery as they flaunt their outrageous bling to the camera.

Handbags that by my reckoning include a £26,000 Hermes and several £6,000 Chanels are displayed on shelves.

It’s an eye-popping advert for the Khans’ extreme wealth.

The businesswoman says her pro partner on the 2021 series moved to immediately befriend her husband Simon to put him at ease. Speaking in her new book We Can All Make It: My Story, which comes out today, Sara says: “Aljaz said, ‘Can you do me a favour — can you just go and do some work for half an hour or something like that, basically go make yourself scarce?’

“What he wanted to do is have that time with Simon.

“Forty minutes later, I found the two of them sitting on the sofa with a beer watching the football, chatting with the kids.”

She added: “I did know — it’s not an overnight decision that he’s come to — it’s something he has been working towards.”

COMIC Lee Mack has been rewarded for his Saturday night efforts with a second series of The 1% Club — before the debut run has even ended.

The ITV quiz show pulled in an average 3.4million viewers in its first three episodes. Each episode starts with 100 contestants. To make it to the end and win the top prize of up to £100,000, they must correctly answer a question only one per cent of us would get right.

Lee’s clearly on a roll as the BBC1 show he’s currently hosting with Holly Willoughby, Face The Freeze, is also receiving top reviews.

BEING 6ft 7in has its perks for Stephen Merchant — and for people nearby.

The funnyman has told how female revellers once used him as a meeting point at a London New Year’s Eve bash. He told the Conan O’Brien Needs A Friend podcast: “It was coming up to midnight and two women came over and said, ‘Are you going to be here for a while?’ “This is in Trafalgar Square, that has Nelson’s Column and other well-known landmarks.”

When will pubs and restaurants reopen?