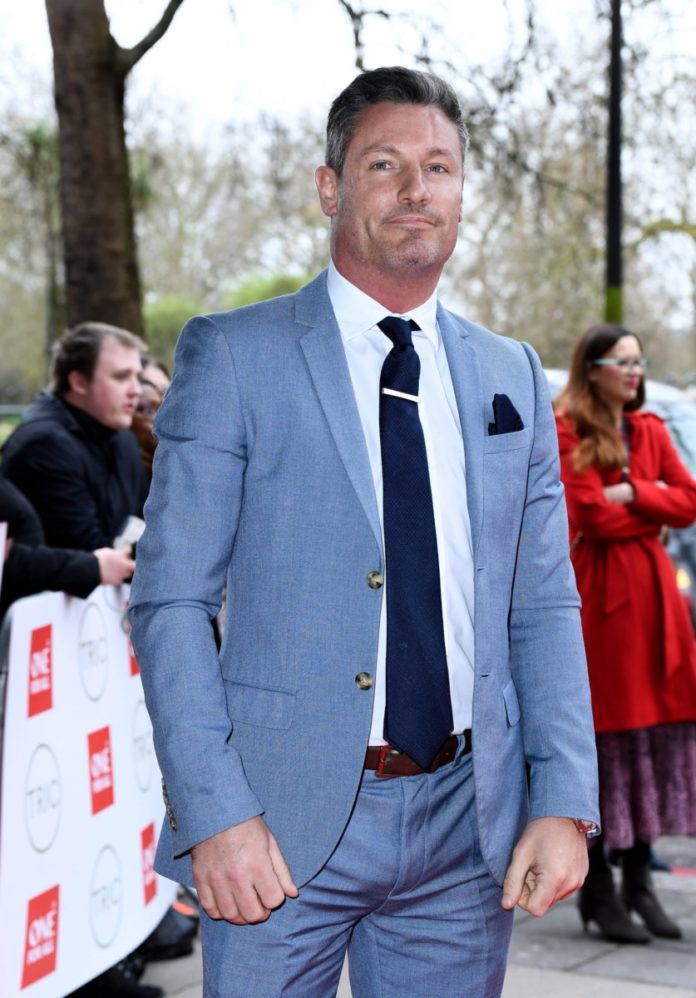 DEAN Gaffney fears he has coronavirus after losing his sense of smell and taste.

The 42-year-old EastEnders legend took to Instagram and declared “oh s**t” after seeing updated government guidelines on the signs of COVID-19.

Dean had been watching the news and snapped a photo of the telly, writing over the top: “Haven’t been able to smell or taste for  days… oh s**t!!!”

The Celebs Go Dating star shared his update on his Instagram story and has not been active on social media since.

Dean recently revealed his hopes of returning to EastEnders to play Robbie after getting the axe.

He got the boot from the BBC soap last year after a string of boozed-up disasters and kiss-and-tell scandals behind the scene.

The final straw came when he begged a mum-of-two on Facebook to send him snaps of her boobs and bum after he wrote flirty texts to the 26-year-old dental nurse.

But despite being written out, Dean– who played Robbie Jackson from 1993 to 2019 – has said he has now had meetings with bosses about a comeback.

He told The Daily Star on Sunday: “I had a meeting with the boss and they said, ‘The door is left open for Robbie and we will definitely see you in the future’. It will happen at some point. It’s just a case of when it happens. So I can’t complain about that.

“It’s nice to know. It’s a bit cliched to say it, but I have been associated with that show on and off for 27 years and that’s a big chunk of my life.”

He previously dropped a hint he would be returning when he attended the recent 35th anniversary bash.

Speaking to HOAR Online he insisted he was still very much part of the EastEnders  family.

He said: “The good thing is there is no animosity we me and EastEnders. I am going along to the 35th anniversary party on Friday – there is no problem.

“There is no issue there, it was just a shock at the time because you are like ‘oh my god, how can this be happening’ but I have to take full responsibility that I did have that conversation.

“I knew the rules and the rules are in this day and age and in this current climate you can’t be putting yourself in harm’s way speaking to someone you don’t know personally.”

Discussing why he was let go, he revealed that bosses wanted him to come back saying: “I think EastEnders just thought enough is enough — and I don’t blame them.

“They said to me, ‘You are either really bad at picking women or you need to sort it out. You need to go off and find out why you are doing these things’. They were saying they loved me and wanted me to come back and they wished it wasn’t happening  — but it is happening and they need to deal with it.”

Maura Higgins stuns in olive green swimsuit as she soaks up the sun in...

What Greggs looks like as it reopens today including signs telling shoppers to stay...

I’m A Celeb’s AJ Pritchard says he had to ‘stand his ground’ with Shane...