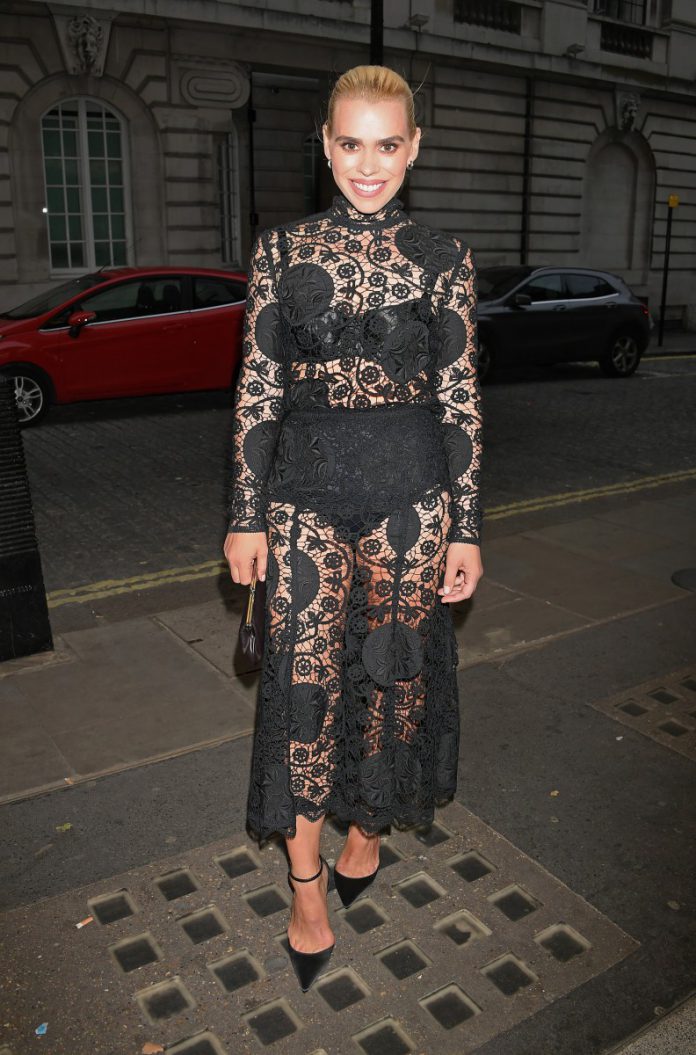 The former Doctor Who companion, 37, turned heads with a black geometric gown at a showbiz bash on Thursday.

Slicked-back Billie posed up with fellow actresses Lily James and Downton Abbeys Laura Carmichael, both 30, at the Health in Mind event for menswear brand Mr Porter.

Never mind him, how about a toast to Ms Piper?

Piper recently surprised her ex-husband Chris Evans on his Virgin Radio breakfast show – with him admitting: “I didn’t know you were coming on.”

The actress and pop star was booked as a guest without Chris knowing, 12 years after they divorced.

Billie and the 53-year-old DJ married in a secret ceremony in Las Vegas in 2001 after six months of dating.

They separated in 2004 and divorced in May 2007 but remained good friends.

He appeared astonished when Billie appeared on the show, telling her: “I didn’t even know you were coming on until I arrived this morning and saw your name on the board outside.”

Billie replied: “How do you not know what’s happening on your own show?”

In January 2019 Billie welcomed her third child with boyfriendJohnny Lloyd.

Sharing a photo of her holding her newborn, the caption read: “Two weeks ago our little girl arrived. She has totally blown our minds. I didn’t know what I was missing but it was you Tallulah … love you Johnny Lloyd wonderful daddy…”

She already had two children from her previous marriage toLaurence Fox–Winston, nine, and Eugene, six.

Piper and ex-husband Chris Evans in 2001

Billie Piper and Lawrence Fox with their son Winston in 2010