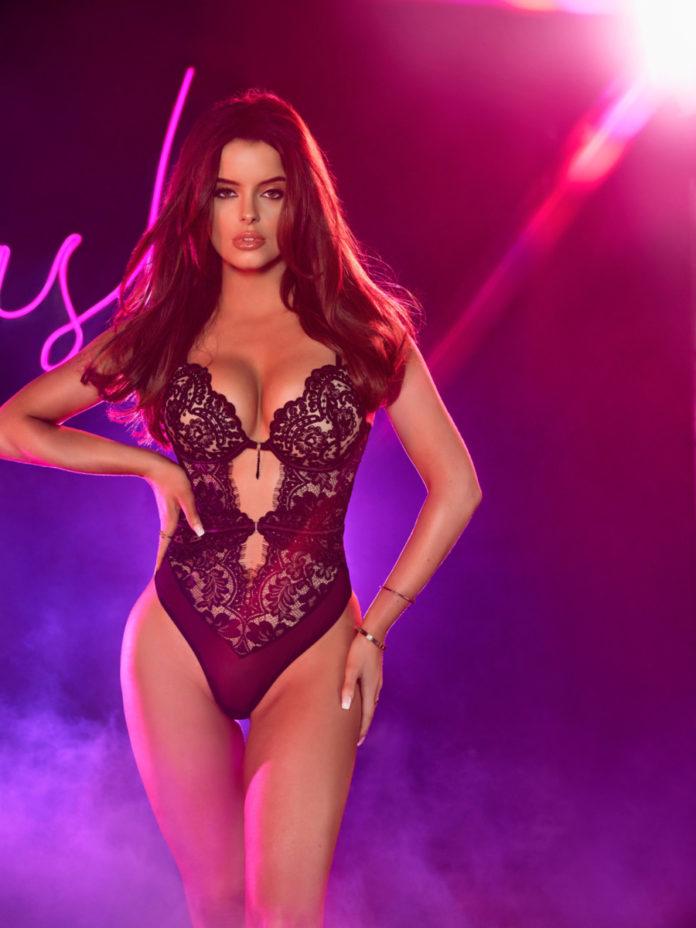 DANCING On Ice star Alex Demetriou’s marriage to a fellow skater is “broken beyond repair” after he grew close to celebrity partner Maura Higgins, sources say.

Pals of Alex and Carlotta Edwards, who wed in 2016, say their relationship has collapsed since he was paired with the Irish beauty.

With the ITV series finale tonight, they believe news of a separation is imminent.

It comes just days after Maura, 29, announced she had split from Love Island boyfriend Curtis ­Pritchard, 24.

A close friend told the Sun on Sunday: “Alex’s marriage to Carlotta is all but over, after 11 years together.

“They are trying to put on a united front for now, but the writing is on the wall.

Maura’s dance partner is said to be ‘besotted with her’

“They haven’t been happy together in months, and Alex has been ­confiding in Maura about their personal problems, which hasn’t helped.

“He is besotted with her, and feels she is a much better fit for him than Carlotta, who is livid she is being pushed to one side.

“Their marriage seems to be broken beyond repair, and friends and family are now expecting them to make that publicly known once Dancing On Ice is over.”

Alex and Carlotta first met in 2008 while performing together in Disney On Ice, the pro skaters married eight years later

Alex, 29, from Blackpool, was paired with the former Pussycat Doll for his first year on the skating show, and they went on to finish fifth.

But behind the scenes, Carlotta — who was skating with former EastEnders star Richard Blackwood — was said to be “terribly jealous” of their growing friendship.

And history was to repeat itself this year, when Alex was paired with ex-Love Island beauty Maura.

She became the sixth celebrity to be booted off the show after losing to Paralympian Libby Clegg in a skate-off last month.

In her last few weeks on the show, Curtis didn’t come down to the ­studio to see her perform.

The friend went on: “Alex and Maura had great chemistry from the start, which didn’t go unnoticed behind the scenes.

“Then it became even more obvious how close she and Alex had become, and rumours really started flying.

“When they were voted off, a lot of people really noticed the cuddle they shared, because they were hugging on the ice for about five minutes.

As Maura and Alex had grown close, Maura announced on Instagram that she had split from Curtis

“Carlotta was not happy at all — it felt like a slap in the face for her. And while Maura and Alex spent less time together after that week, if anything they are even closer.

“It made them realise how much they care about each other. Obviously Alex and Carlotta understand how sensitive the situation is, so they are trying to carry on as normal until after tonight’s finale.

“They are posting Instagram pictures together and publicly telling everyone things are fine. But behind the scenes, things are moving towards a separation.”

Alex and Carlotta first met in 2008 while performing together in Disney On Ice. The pro skaters married eight years later.

After leaving Disney, they made their Dancing On Ice debut last year. But the big break turned sour when Alex was paired with stunning Melody.

The friend said: “Carlotta wasn’t prepared for how close Alex and ­Melody would get, and made it clear that she had a problem. There were conversations she had with Alex that made it very difficult for him to continue skating with Melody, but somehow he managed to get through the series.  Both hoped they had put their problems behind them after that.

“But when Alex began growing closer to Maura this year, things quickly went from bad to worse. Since then Alex and Carlotta have been living almost separate lives despite their efforts to create the impression they are as close as ever.

“And Maura is still very much a part of Alex’s life, as the pictures of the two of them having an emotional meeting in an Essex cafe this week showed. He has been her shoulder to cry on. The speculation now is how long it will take for Carlotta and Alex to split and, when they do, will he and Maura announce they are making a go of things.” Maura began dating Curtis on Love Island last year.

After coming fourth on the ITV2 show, job offers came flooding in. She signed up to Dancing On Ice, while Curtis — the brother of Strictly’s AJ — took a role on the Beeb’s The Greatest Dancer.

But their relationship soured when it emerged Maura and Alex had grown close. This week she announced on Instagram that she had split from Curtis.

In the post, Maura wrote: “We tried to make it work but it wasn’t to be, and I wish Curtis nothing but the best for the future.”

Im A Celebs Adele Roberts is SO obsessed with Jane McDonald she bought her...