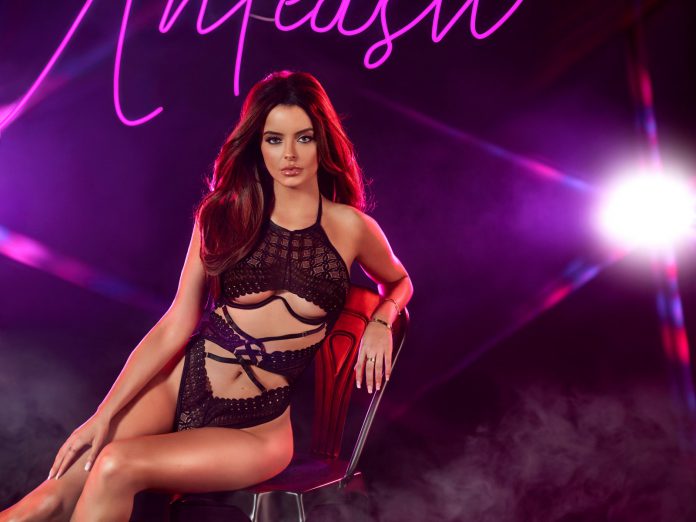 DANCING On Ice star Maura Higgins is well strapped in as she poses in black lace lingerie.

But the ex-Love Islander, 29, feels more exposed by her headbanger routine for tonights show. Maura wore a helmet while practising being spun by her ankles by pro Alexander Demetriou but still bumped her head.

She admitted: My life is in his hands.

Irish lass Maura and pro partner Alexander, 28, will on Sunday night dance a flamenco to Dont Let Me Be Misunderstood by Santa Esmeralda.

She said: I hit my head doing the headbanger for the second time.

It was definitely a shock and put a bit of fear in me.

Its a really weird feeling – first of all you feel like your ankle is going to snap off and all the blood was rushing to my head.

This is the most dangerous trick on ice so it just cant go wrong.

I could really hurt myself.

Im putting all my trust into Alex – my life is in his hands, literally.

Last week Maura revealed she feared being axed from Dancing On Ice in the skate off after being left bedridden with illness.

She had told fans she’d “need a miracle” to be ready for the live show, in which she transformed into a werewolf.

Maura, 29, and Alexander Demetriou, 28, dance a flamenco on Sunday night

Liz Truss and Rishi Sunak will scramble for every last vote as Tory...