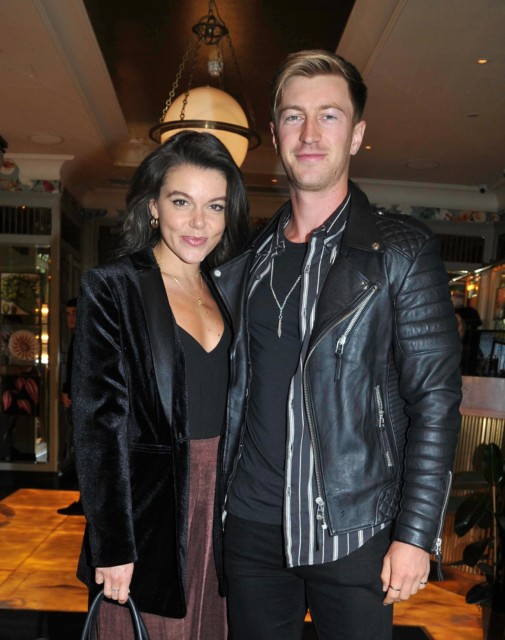 DANCING On Ice’s Faye Brookes has revealed she’s in no rush to have kids with boyfriend Joe Davies.

The actress, who split from ex Gareth Gates in 2019, is now favourite to win the ITV competition and has said she’s too busy at the moment to start a family.

Faye Brookes, pictured with boyfriend Joe Davies, has revealed she’s in no rush to have kids

Speaking to the Mirror’s Notebook magazine, she said: “I would love to get married and I know Joe would too, but right now we love our lives and there is no pressure. There is enough pressure on the world to get through this pandemic.

“We’ve got our fur babies and we’re very career-driven.

“There’s always the talk when you’re in a loving relationship and those little conversations, but we haven’t made any plans.”

Faye recently revealed a return to Coronation Street could be on the cards – if she doesn’t get a role in Bridgerton first.

The 33-year-old actress played Kate Connor in the ITV soap, but left in April 2019 after four years on the cobbles.

She split from ex Gareth Gates in 2019 Faye starred as Kate in Corrie for four years

But she will never say never to making a comeback, admitting that she’d jump at the chance if the right “opportunity” came along.

Faye explained: “My journey at Corrie was open-ended so that’s possibly something I could go back to and if there was an opportunity, I would.

“I love the idea of playing different roles and who knows what the future holds – I want to do it all. I love Bridgerton!”

And the beauty may just have a way in to the hit Netflix series, with her Corrie co-star Sally Dynevor’s daughter Phoebe lead actress in the show.

Faye gushed to New magazine: “I’m so proud, I messaged Sally on Christmas Day and said: ‘She is stunning, she just looks like she was born for that role’.” The beauty can currently be seen competing on Dancing On Ice ALL MEN should face a 6pm CURFEW to make women ‘feel safer’ on streets...