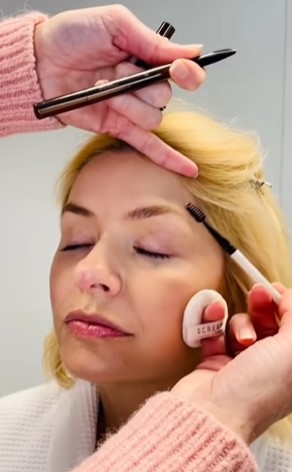 HOLLY Willoughby has revealed the secrets behind her perfect brows in a new makeup tutorial.

Writing on Holly’s Wylde Moon lifestyle platform, Patsy wrote: “If you fell victim to the over-plucked-eyebrow days of the 90s and you would like to encourage more growth, there are so many effective eyebrow growth serums on the market.

“Just be patient, as it will take a few cycles of growth to notice a difference. I reckon it takes 4-8 weeks on average to retrain your brows.

“Once you are armed with the right tools all you need is patience and some decent lighting to make sure you only remove the excess brow hairs and NOT the brow hairs that you need.

“I would aim to honour your natural brow shape if you want a classic timeless look.”

Holly fans had another look at her picture perfect look as she glammed up for Dancing On Ice on Sunday night.

But days before that, Holly was far more casual as she climbed into bed with ex-footballer Peter Crouch.

A bizarre prank pulled off by Michael McIntyre and Peter’s wife, Abbey, saw the footballing legend surprised at midnight.

During Michael McIntyre’s Big Show on BBC One, the comedian – along with his huge camera crew – snuck into Peter and Abbey’s massive holiday home in Portugal.

Abbey was in on the joke, and had placed a spare key for Michael under the mat.

As the camera crew snuck into the main bedroom, viewers could see Peter, 41, sound asleep and snoring away.

Suddenly, the lights flashed on and the father-of-four jolted upright in bed, not too sure of what was going on.

Wife Abbey, 37, giggled away as Peter could barely speak from the shock.

Michael went on to play a bunch of bizarre games with Peter, one of which included guessing which football celebrations were being performed by a dancing robot.

The robot turned out to be Romesh Ranganathan, who then jumped into bed with the couple.

Afterwards, Peter was told to play a memory game, where the lights went off and he had to notice all the things that had changed in the room.

He noticed some things, like Michael’s new hat, instantly, but he did miss that Abbey had been replaced by Holly Willoughby.

The presenter had somehow managed to climb into bed with Peter entirely undetected, and it took a while for him to notice.

When he finally did, his face was an absolute picture, hiding himself under the covers as Holly exclaimed: “Hi Pete!”

Peter told Michael: “I wasn’t expecting that one!” as Holly responded: “This is weird for me too!” 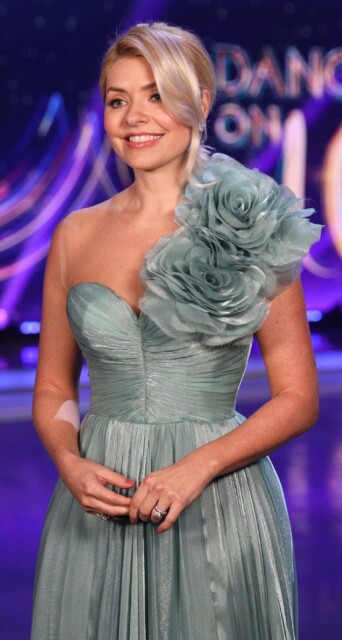 Holly was picture perfect on Dancing On Ice

Peter Sutcliffe’s ex-wife Sonia was informed of his death first because she was still...