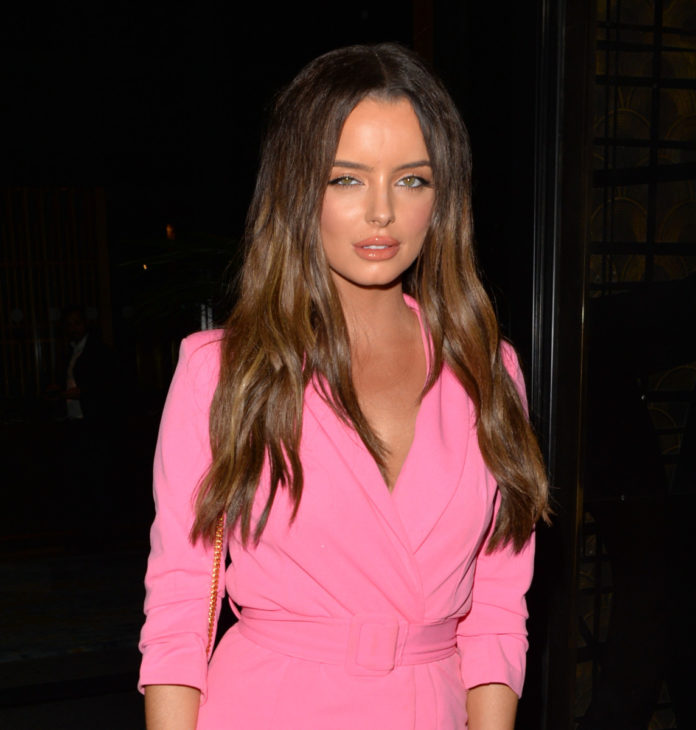 But the alarm was raised when Maura, 29, was tagged in a tweet that said the ballroom dancer, 24, had been “hugging and kissing” a blonde beauty from his live tour with Strictly sibling AJ.

Writing from an anonymous account, the tweet stated the Lothario had got up close and personal with Amber Pierson on Saturday night when Maura was partying elsewhere with friends.

It said: “Curtis and Maura are definitely not together. They are at different night clubs. Curtis is with the dance crew and is hugging and kissing amberpierson”

A source said: “After their separate nights out on Saturday, Maura tried to text Curtis but he didn’t reply. He called her instead and said it wasn’t true.

“It wasn’t enough for Maura so they came to a mutual decision to end their relationship.”

However, their problems started months ago when Curtis was caught on camera eyeing up another girl.

Their gruelling work schedules also meant they had been spending barely anytime together, with Maura training for Dancing On Ice and Curtis joining The Greatest Dancer.

The pair finally imploded at the National Television Awards last month, with the insider adding to MailOnline: “Maura and Curtis hadn’t been right since the night of the NTAs.

“First it was a video of Curtis looking close to a girl on New Year’s Eve, which was published the same day as Maura’s first live performance on Dancing on Ice. Then their fallout at the NTAs.

“But the tip of the iceberg for Maura was having to confront Curtis over a tweet which said he kissed Amber, who he performs with on tour. It seemed to be following a pattern.

“But she has been so upset since, this is her normal life and she did truly love Curtis.”

Maura announced their split on Instagram, telling fans: “Curtis and I have made the decision to separate. We enjoyed a great experience from our time in the villa and want to thank everyone for supporting our relationship.

“There is no easy way to get through a break-up and no bad feeling on either side. We tried to make it work but it wasn’t to be and I wish Curtis nothing but the best for the future.”

She signed off with a large emoji of a broken heart.

Love Island’s Zara McDermott forced to apologise for saying she ‘let herself go’ with...