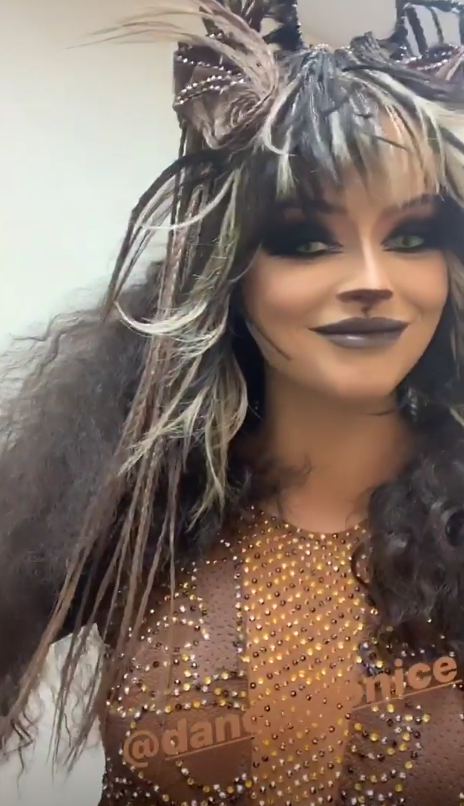 MAURA Higgins revealed she fears being axed from Dancing On Ice tonight in the skate off after being left bedridden with illness.

Just days ago Maura told fans she’d “need a miracle” to be ready for the live show, and her prayers appeared to have been answered.

She transformed into a cat ahead of tonight’s show and told fans she was feeling a bit better.

But despite the recovery, a lack of practice left her worried she might not have enough to progress to next week.

She said: “Guys I’m fully ready. I honestly don’t even recognise myself.

“I’m feeling a bit better and I’m just going to do my best.

Maura faced a race against time to be fit to compete

“I’ve not trained as much as I hoped.

“It’s gonna be hard, but thanks for all your support and I hope you all love it.

“Fingers crossed I’m not in the skate off. I really don’t want to be in the bottom but if I am I am. I’ll just have to skate my best, that’s all I can do.”

The Love Island star took to Instagram on Friday to tell fans she was feeling “absolutely dreadful” after being left bedridden with an illness.

She wrote: “My training was cancelled today as my temperature was too high!

Maura has impressed on the ice so far

“Praying I’m good for Sunday but might need a miracle.”

It’s been a tough week for the star, who wound up with her leg covered in blood after taking a shock 2am tumble in heels at a boozy NTAs party.

The 29-year-old suffered a fall at London’s O2 Arena last night after tripping off her stilettos.

Maura suffered a nasty injury after falling at the NTAs

However, her management team rushed to the star’s rescue with a blue plaster from the first-aid box.

Thanking her team for bandaging her up, she then posted a snap with the caption: “And she’s the best.”

The scenes were a far cry from her big arrival, where she was seen gliding along the red carpetin a figure-hugging blue sequin dress with feathery sleeves.

Maura started the night looking pristine in a feathery gown

She was patched up by her management team

Maura was at the awards in London with boyfriend Curtis Pritchard

Maura’s boyfriendCurtis also looked dapper in a tuxedo, complete with a blue pocket square to offset his girlfriend’s dress.

She was there to support her series of Love Island, which was nominated in the Best Challenge Show category, against a range of other big-hitters.

However, it lost out in its category to Channel 4’s Great British Bake Off.

FIFA 23 hands-on preview: Kicking off the end of an era

Lockdown rules update: What you can & can’t do now – and Boris Johnson’s...