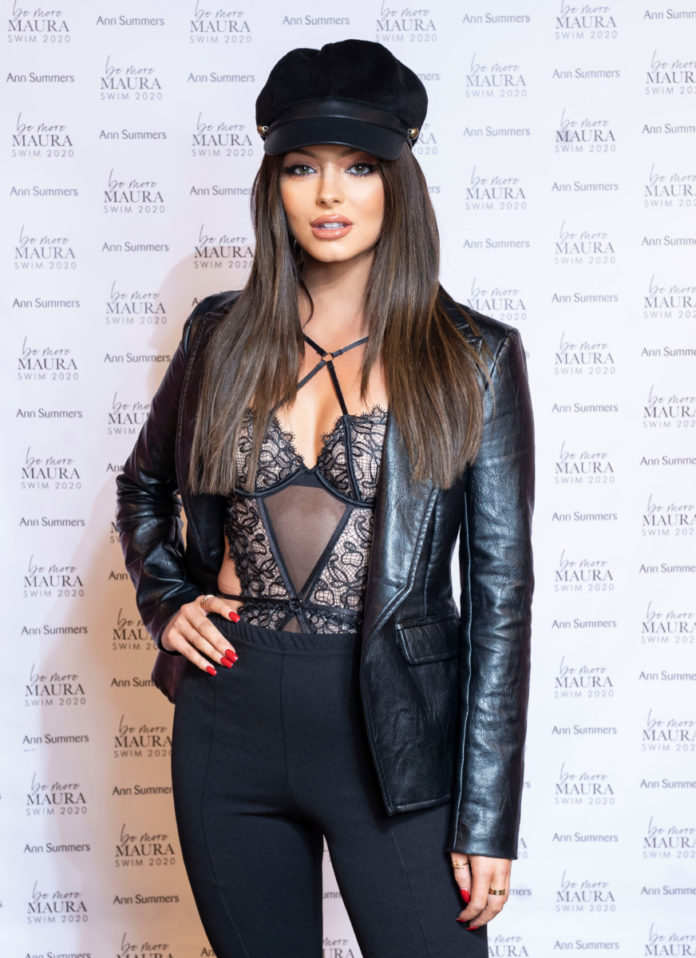 The Love Island star wowed in a skintight lace bodysuit as she showed off her collection at the Brunswick store in London on Wednesday.

The 29-year-old paired her top with a leather blazer, skintight flared trousers and a leather baker boy hat.

She styled her hair in a sleek middle-parting and wore muted make-up for the bash.

The event came two days after Maura cancelled the original swimwear launch “out of respect” for Caroline Flack.

The lingerie brand issued a statement explaining that they were postponing the event because it coincided with Caroline’s funeral.

Maura released a teaser picture of her posing in a plunging swimsuit on the beach ahead of her collection launch.

She bagged a six-figure deal with Ann Summers after appearing on Love Island last summer.

She has since wowed in racy lingerie and also released a winter collection.

Maura has a six-figure deal with Ann Summers

She sizzled in the collection’s photoshoot

Maura wrote on Instagram: “Curtis and I have made the decision to separate.

The Irish beauty recently broke up with Curtis Pritchard

The comes after numerous rumours the pair had split after they were pictured on separate nights out.

Curtis had asked Maura to be his girlfriend during a romantic weekend break three months after leaving the Love Island villa.

EastEnders spoilers next week Sharon breaks into the Mitchell house and a new...

The Masked Dancer fans in shock as Strictly legend Bruno Tonioli is unmasked as...

Nail bars and beauty salons to reopen in England from Monday