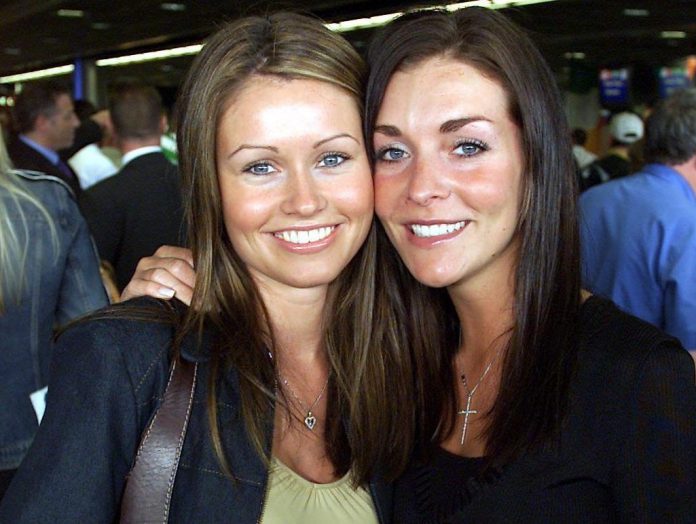 KEVIN Kilbane has shocked fans by getting engaged to his Dancing On Ice partner Brianne Delcourt just TWO months after dating.

But the ex-footballer has been married before – here’s what we know about Laura Kilbane.

Who is Laura Kilbane?

Laura is the ex-wife of Kevin and the mother to his children.

They married aged 22 after four years together.

The former couple have two daughters together, Elsie and Isla.

When did Kevin and Laura break up?

He kept their break up a secret for several years.

Kevin blamed the split on the couple being naive and settling down too young.

What has Kevin Kilbane said about their break up?

In February 2020 Kevin said he blames himself for the split after struggling to focus on his family life towards the end of his football career.

He told the Irish Mirror: When I moved to Hull in 2009, I was on the road a lot. I was away three and four nights a week.

Then I was away on international duty for Ireland 10 and 15 days at a time.

Thats what put pressure on our relationship. Thats probably why we ended up splitting up.

When did Kevin get engaged to Brianne Delcourt?

In February 2020 is was revealed that Kevin and his Dancing On Ice partner Brianne had got engaged after just two months, after finding love on the ITV show.

Brianne shared the moment Kevin popped the question on Instagram.

The whirlwind romance only began when they partnered up on the show in late 2019.

Prince Harry flips his baseball cap on seaside dog walk as he settles into...

Love Island Australia fans go wild as Tayla and Grant have sex in the...