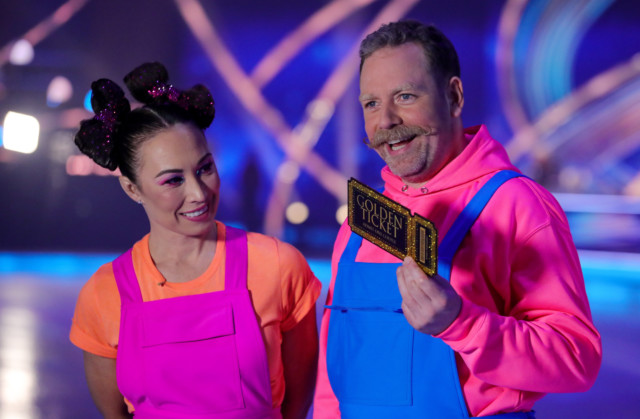 RUFUS Hound was sensationally axed from Dancing On Ice

The comedian and his partner Robin Johnstone did not skate in week three of the competition and WILL NOT being coming back on the show.

Rufus Hound has been axed from Dancing On Ice

Why has Rufus Hound quit Dancing on Ice?

Rufus Hound has been axed Dancing On Ice after testing positive for coronavirus.

The comedian, 41, has already missed two weeks of the show after being told he must self isolate after getting a Test and Trace notification.

He subsequently tested positive for Covid-19 meaning he had to stay at home by law, but then had a positive result AGAIN and was told by ITV he must leave the competition.

Rufus will now be replaced on Dancing on Ice by former Xtra Factor presenter and fellow comedian Matt Richardson who will skate with Vicky Ogden.

Rufus will not be returning to Dancing On Ice

What has ITV said?

An ITV spokesperson confirmed: “Following a positive test result, Rufus Hound is unable to return to Dancing On Ice this weekend.

“Although Rufus and his partner Robin’s time on the ice has been all too brief, they can be truly proud of their achievements.

“We thank them for all their hard work and commitment to the show.”

How well did Rufus Hound do on Dancing on Ice?

In week one, the panel put the comedian and Robin straight through to week three of the competition by giving the pair a golden ticket.

Visibly shocked, Hound said: “I’ve spent most of this year not being emotionally stable because the world stopped making sense and this does not make more sense of it.

“Thank you, I don’t know what is happening.”

How Meghan Markle went from ‘coyly submissive’ to ‘star of the double act’ –...

Emmerdale fans in floods of tears as deadly storm kills another villager in harrowing...