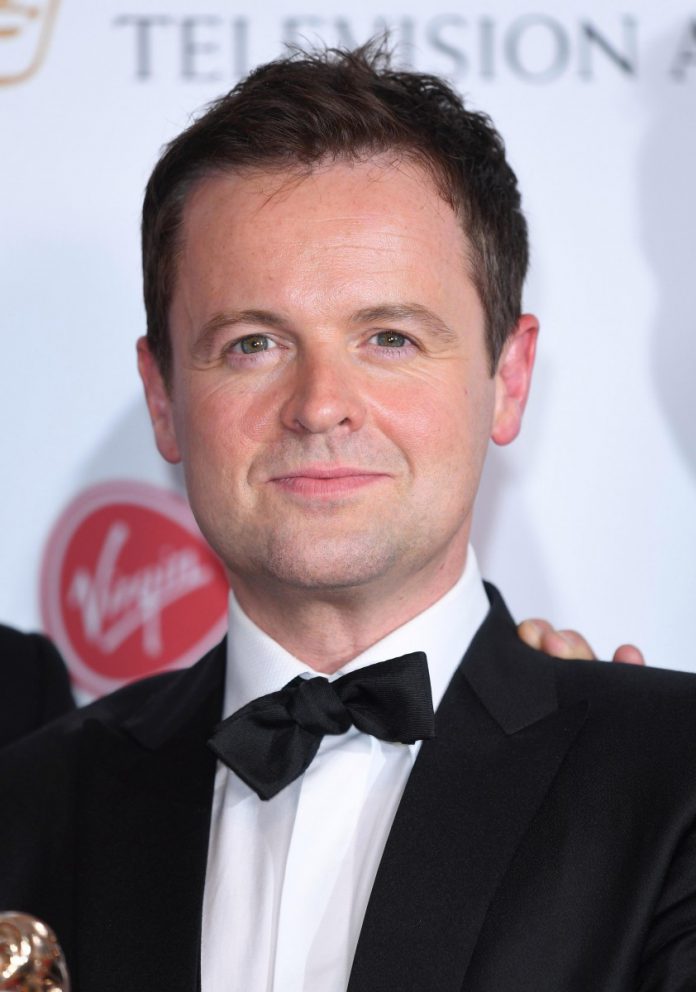 DECLAN Donnelly is a national treasure thanks to the fact he’s one half of superstar presenting duo, Ant and Dec.

How tall is Declan Donnelly?

They are known and loved by fans as presenting duo Ant and Dec.

He is the youngest of seven children.

What is Declan Donnelly’s net worth?

The telly host presents everything from Britain’s Got Talent to I’m A Celebrity… Get Me Out Of Here!, so it will come as little surprise to some to learn he earns a hefty amount for his work.

Dec’s net worth is estimated to be around 62million, with much of his earnings coming from his presenting roles.

In 2007 he was rumoured to have signed a deal with ITV worth around 40million, according to HELLO!.

However, the publication claims his most recent deal is thought to be worth approximately 30million – if split between him and Ant McPartlin.

The twosome also invest in property too, with them reportedly owning properties worth around 10million combined.

It is also thought that they are each insured against the other’s death, with the amount reportedly being around 1million.

The pair first met on the children’s television show, Byker Grove in 1990.

Their friendship began when they shared storylines on the show, creating a bond off-screen as well as on.

The duo then went on to launch a pop career in 1994, known as PJ & Duncan – their characters on Byker Grove.

Their music career didn’t last too long – their record label decided not to renew their contract in 1997.

Having become real-life best friends, their on-screen chemistry proved a winner and they moved into comedy presenting.

And in real life Ant and Dec are inseparable and even live on the same street in Chiswick, West London.

Such is the extent of their close working relationship the pair just have the one joint Twitter account @antanddec.

Who is Declan Donnelly’s wife?

Dec married his long-time other half Ali Astall on August 1, 2015, at St Michael’s Roman Catholic Church, Elswick, Tyne and Wear.

The couple started dating in 2013.

They announced their engagement a year later, with Ant as the best man on his big day.

How old is Dec’s daughter?

Declan’s daughter was born on September 1, 2018, so she is just over one years old.

He and wife Ali named their firstborn Isla Elizabeth Anne.

Writing on the social media account he shares with Ant, he told fans at the time: “Ali and I are thrilled to announce the arrival of our baby girl, Isla Elizabeth Anne, who was born just after 9 oclock this morning.

He added: “Mother and daughter both doing well, Dad is head over heels! D x”

The pair, who tied the knot in 2015, first broke the news they were having a child to close friends and family, includingAnt McPartlin, before going public.

What shows have Ant and Dec presented?

Ant and Dec have formed one of the most successful partnerships in TV, and are known as television royalty.

They have fronted a number of shows, but really hit the big time when they presented childrens Saturday morning show SMTV Live, which launched the career of Cat Deeley, as well as CD:UK, a music chart show.

They then moved away from kids’ TV and have had success with Saturday Night Takeaway and are also well known for fronting I’m A Celebrity Get Me Out of Here and Britain’s Got Talent.

On March 31, 2018, Dec presented Saturday Night Takeaway on his own for the first time and gave an emotional speech afterwards in which he thanked the production team and audience.

Here are some of the many shows Dec has presented alongside Ant:

Molly-Mae Hague shares naked snap of smiling Tommy Fury as he sneaks into her...