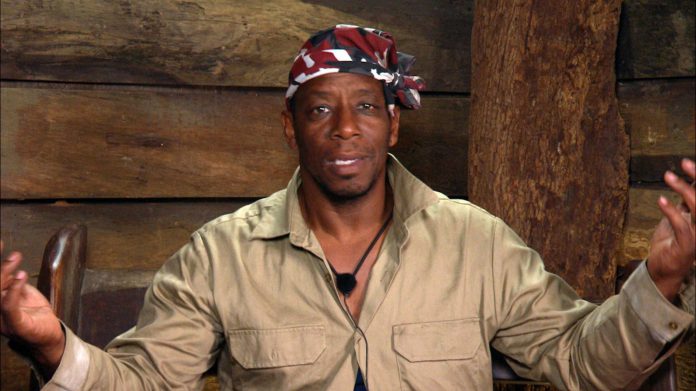 IAN Wright has become the fifth star to be voted off I’m a Celebrity Get Me Out of Here.

The 56-year-old football pundit went up against Caitlyn Jenner but Ant and Dec announced Ian had the lowest amount of votes from the public.

“I feel it’s time, it’s becoming more and more difficult to focus on being positive,” he told Ant and Dec.

He added:“I can’t express enough how incredible the people are that I was in there with.”

Ant and Dec asked Ian about his strops and in camp and showed a montage of him punching walls, getting emotional and telling off his campmates.

“I lose it too quickly, it’s something that I’m working on,” he reasoned.

“I’d have been worse than that if I supressed my feelings.” The rugby player went up against Ian Wright tonight but Ant and Dec announced it was James who had received the lowest amount of votes from the public.

As he arrived to speak to the hosts, James admitted he was a bit tearful to leave his new pals.

The 34-year-old said: “I got quite emotional, I thought there’s no way I’m going to well up here but I did.”

Explaining why he went on the show despite having seen very little of it, James said he had friends who had said it was an experience of a lifetime, and added after years of playing sports: “I wanted to reset myself.”

He continued: “I’ve learnt a lot about myself and realised I enjoyed helping other people.”

Adele Roberts was the first celebrity to be voted off the ITV show on Friday, followed by Andrew Maxwell on Sunday.

Their will be an elimination every day until Sunday’s grand finale.

Nine in ten homeless people have been offered accommodation since the end of March,...

Rishi Sunak will be forced to raise taxes AGAIN as Budget has turned him...