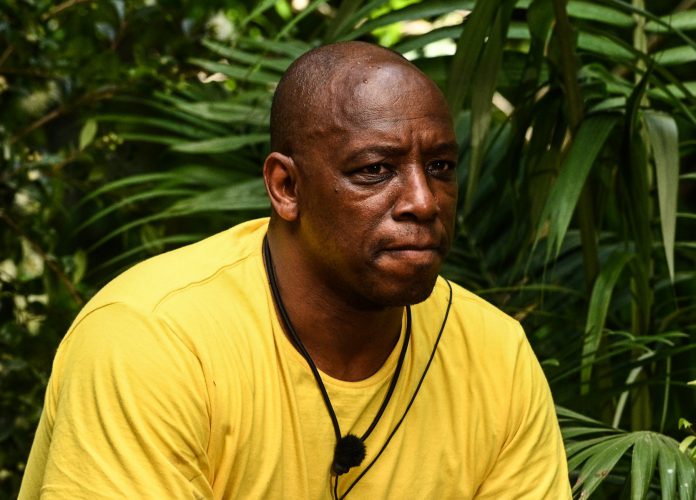 IAN Wright is set to quit Im A Celebrity as hunger makes him snap, claim bookies.

The odds of the former footballer shouting “Get Me Out of Here” have been slashed overnight.

It’s after he threw the first wobbler in the jungle in last night’s show with a furious F-word rant over his crocodile dinner.

His snappy outburst amused viewers – but it led bookies to believe he’ll be the first campmate to walk out.

Slashing the odds from from 16/1 to 3/1 today, a Paddy Power spokesman said: He was our favourite from before series 19 had even aired, but it appears Ian Wrights mood swing has seriously turned bettors off so much so that hes gone from top spot to halfway down the market.

Weve been forced to cut the odds of the former footballer being the first celebrity to exit the jungle this year, too. Maybe that old stereotype that footballers are divas is true, eh?

Wrighty lost his temper when he was offered another portion of crocodile feet after the camp won ten out of ten stars.

Disappointed by the dinner, the “hangry” 56-year-old shouted: “I said I don’t want no more f**king crocodile, bruv.”

The Match Of The Day pundit, who is being paid an estimated 400,000 to do the show, earlier insisited he would “pay a grand for a Cadbury’s Creme Egg”.

His outburst led to Ian missing out on being favourite to win the show and quickly being replaced byRoman Kemp (5/2) after his disgusting Bushtucker Trial.

He was forced to eat fish eyes, cockroaches, crickets and mealworms, duck’s tongues, cow’s teat and bull’s penis in a head to head with Adele Roberts.

Nintendo Switch Online easy guide: Price, games and what freebies do you get?

Brilliant Caroline Flack just wanted someone to take care of her, says the journalist...