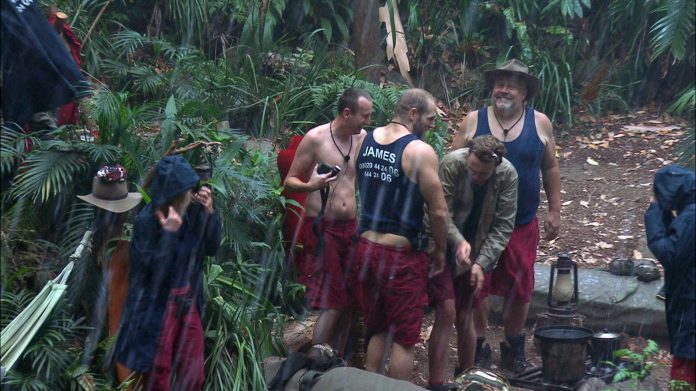 I’M A Celeb is facing a washout final on Sunday with forecasts predicting heavy rain.

The 2019 series has been blighted by downpours with challenges cancelled and stars forced to flee camp.

And now the biggest night of the series is looking like it’ll be a wet affair.

According to weatherzone.com.au there’s a 60 per cent chance of rain in Murwillumbah, north-eastern New South Wales, on Sunday with up to 5mm expected to fall.

And the showers are set to continue the following day too.

Just days ago bosses were forced to cancel the Dingo Dollar challenge tonight after a storm caused chaos in the Australian camp.

A show source told the Mirror: The camp has been very dry this year up until now but the last 48 hours has been rain filled.

“It’s the first time for years and years that anyone can remember a challenge being cancelled.”

Explaining what was coming up, he added: “A storm hits camp bringing thunderball and lightening”

The campers woke up to a wet and grey morning, but Caitlyn Jenner and Andy Whyment were nice and dry in the leaders’ hut.

Andy remarked: “The rain didn’t stop all night and I was quite lucky because I was in the penthouse.”

Jacqueline Jossa could be seen under her rain cover, and later told viewers in the Bush Telegraph: “My hammock was soaking wet so James gave me his bed which I felt terrible about.”

Later in the episode, viewers witnessed the rain after a sudden fall forced the campers to flee to Caitlyn’s hut.

They grabbed everything that they could and shoved it in the telephone box before climbing the hill to take cover.

Cliff Parisi told viewers: “It absolutely p****d down. And all of a sudden it stopped.”

Top scientific adviser holds rival meeting of experts for how to get out lockdown...