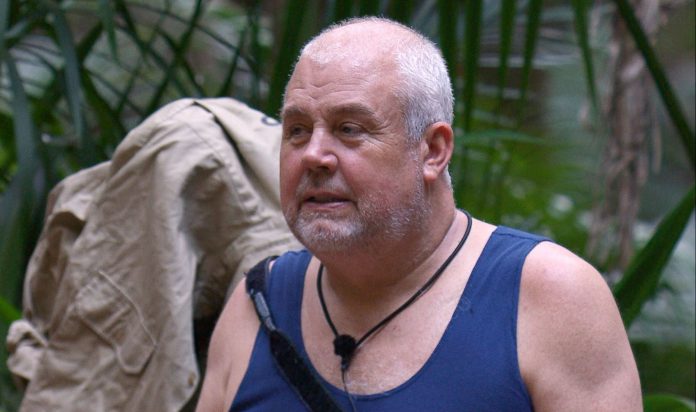 I’M A Celebrity… Get Me Out Of Here! fans were left fuming tonight when Cliff Parasi was exempt from yet another trial.

Rugby player James Haskell had to take his place as the campmates battled it out for immunity with the stomach-churning task.

Cliff, 59, has been excluded from several of the show’s iconic Bushtucker Trials since he made his late arrival to camp last week.

Tonight, hosts Ant and Dec revealed that the former EastEnders star won’t be competing in Sickening Circus as he couldn’t make it to the trial clearing for “medical reasons”.

They added that Cliff had nominated James to take part on his behalf, with the 12 celebrities going head-to-head in a bid to win their evening meal and immunity.

Viewers at home were outraged that the actor wasn’t taking place once again, flocking to Twitter to share their response.

One moaned: “Its getting to the point where Ill gasp if Cliff CAN participate in a trial”.

Another added: “Cliff needs to go tonight tbh. Has contributed absolutely nothing”.

A third joked: “Swear Cliff is ruled out of almost every challenge. Living the dream out there the chap just having a couple weeks holiday in Aus”.

Another tweeted: “So the only trial Cliff wasnt ruled out for on medical grounds and hes been taken ill??”

oh another free pass for Cliff? What was the point of him going in?

cliff has literally come on here just to show face, all he does is eat, sleep and get exempt for medical reasons #imaceleb

Why did Cliff Parisi even enter #imacelebrity? – If you cannot do any trials, you shouldn't be there #ImACeleb

If #Cliff can't do any of the trials , he really shouldn't be there #ImACeleb

#imaceleb Cliff wasnt ruled out due to medical reasons so decided just to go sick anyway.

Each of the celebs had to down a disgusting blended drink, with the first to finish immune from the first public elimination tonight.

James took on Andy Whyment to win his own immunity, beating the Corrie actor in finishing their drink of blended fish eyes.

Participating for Cliff, James then had to compete against Myles Stephenson with a glass of blended pig’s anus.

Myles beat James in this instance, leaving Cliff vulnerable to the public vote.

Speaking in the Bush Telegraph after learning that James had failed, Cliff said: “I asked James to go up and represent me in the challenge.

“He did bless him but didnt win so that means Im in the vote off, thats the way it goes.”

Love Island fans convinced Paige and Finn had sex in the Hideaway and claim...