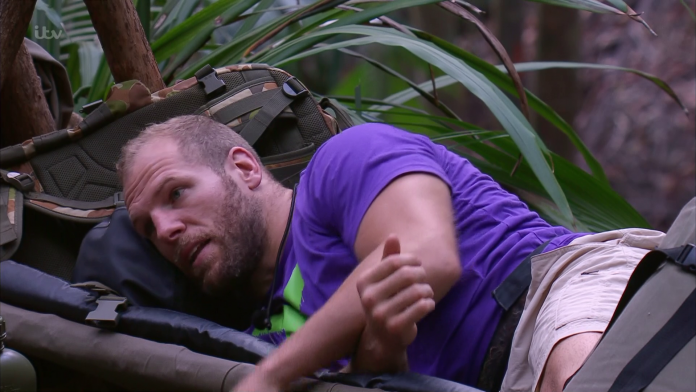 I’M A Celebrity… Get Me Out Here! fans were left fuming this evening as the show “ruined” Christmas for their kids by revealing the truth about Santa Claus.

The campmates got nostalgic as they reflected on their festive traditions in tonight’s episode of the ITV show.

James Haskell gushed about how his parents would go “all out” for him when he was young, leaving footprints by the fireplace and taking a bite from the carrot to make it look as though Santa and his reindeer had visited the house.

Ian Wright also spoke about how he’d dress up as Father Christmas for his children when they were small.

While some viewers were left touched by the heartfelt memories, others fumed that their unsuspecting children had watched the scenes.

One angry parent wrote: “Just ruined f*cking Christmas for my kids.. Nice one”.

Another moaned: “Straight up ruined Santa for the kids watching wtf”.

A third complained: “Sh*ttttttttttttttt. Let my little man stay up to watch #ImACeleb and they’re talking about SANTA and childhood.

“I just did a serious jump up and dance around the room to hide the convo.”

A fourth angry parent added: “Fancy airing a section on #ImACeleb where camp mates talk about Father Christmas in THAT way, shame on you, awkward Qs being asked now, have a bit more social awareness!!!!”

Did they have to air that Santa piece – ffs

One mum tweeted ITV2 directly to ask them to remove the scene in question ahead of their 6pm repeat tomorrow evening, as this is when most children will be watching.

I’m A Celeb airs after the 9pm watershed, allowing broadcasters to air adult content on the assumption that children will not be watching.

While this usually relates to explicit language and nudity, Ofcom might need to consider adding in a Santa Clause in the lead-up to Christmas.

UK lockdown should start easing from Monday with schools and pubs reopening by June,...

Meghan Markle ‘trying to be like the Obamas’ with Time cover – as experts...