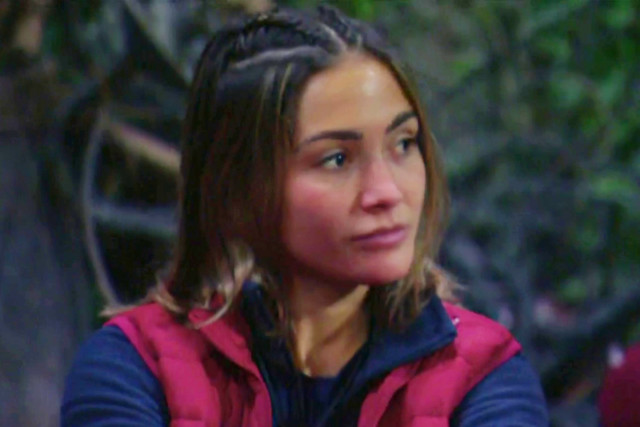 I’M A Celebrity fans were in hysterics tonight after spotting how unimpressed Frankie Bridge looked after being snubbed.

Former BBC Breakfast star Louise Minchin was crowned the new camp leader in place of footballer David Ginola, which meant Danny Miller having to step down as deputy.

She was told to announce who would be her deputy – and opted for Radio 1Xtra’s Snoochie Shy.

The camera then cut to 32-year-old Frankie – who was shown sitting there with a face like thunder.

Then, perhaps realising cameras were likely to her on her, she dig manage a weak smile.

It didn’t escape fans with one posting: “#Frankie looked p***ed when #Louise picked #snoochie to be deputy leader.”

Another laughed: “Frankie did not look happy at Louise being the new leader or her new given camp job duty.”

Another shared a GIF writing: “Frankie after Louise chose Snoochie as deputy leader instead of her.”

Announcing her decision on tonight’s show, Louise said: “I’m going to go for someone who’s going to keep up really upbeat. Snoochie it’s you.”

British jihadis could use human rights laws to return to UK to reunite with...

Lilibet FINALLY listed in Royal line of succession after seven weeks – but Meghan...