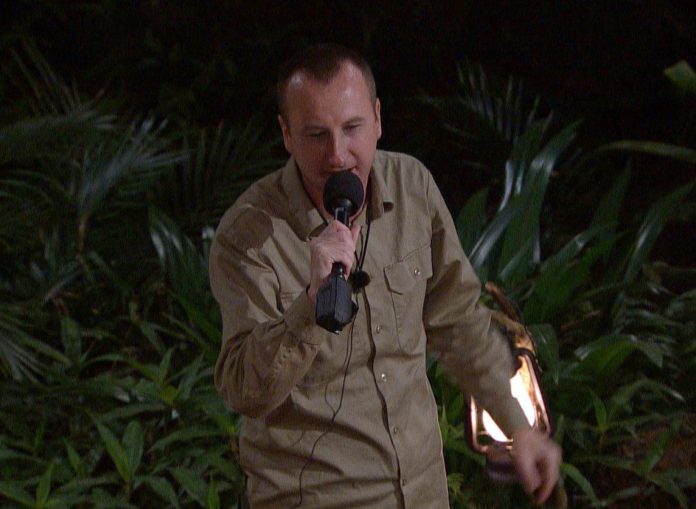 The actor, 38, belted out The Killers’ hit Mr Brightside as the camp was treated to a night in the Jungle Arms as a reward for winning their challenge.

While pop star Nadine, 34, is the camp’s pro singer, her rendition of All I Want For Christmas didn’t capture viewers in the same way as Andy’s performance.

One wrote on Twitter: “why is andy a better singer than nadine…”

Another wrote: “Andy singing mr brightside on Im a celeb has to be the best thing ever… #ImACeleb.”

While a third said: “@andywhyment81 has an amazing singing voice – I think he should release a Christmas single

Nadine sang All I Want For Christmas

why is andy a better singer than nadine…

If Andy Whyment isnt a national treasure after singing Mr Brightside in national tv, then I dont know what else this country needs, he deserves a knighthood #ImACeleb #ImACelebrity2019

Why is Nadine singing in such a strange way? #ImACeleb

However, one of Andy’s pals back in the UK wasn’t surprised by his voice.

Sharing a pic with the star, entrepreneur Mikey C told how Andy could perform anything from Rod Stewart to Motown and is even a dab hand at the guitar.

Meanwhile Nadine previously taught the girls in the camp the routine to her group’s single The Promise, which went down particularly well with evicted campmate Adele Roberts.

Yesterday it was revealed that a group of the Girls Aloud star’s die hard followers have found an “illegal” way to cast I’m A Celebrity votes to keep her on the show.

Rod Stewart to Motown he can blast any tune! A mean guitar player too #teamandy #imacelebrity pic.twitter.com/Zdt0IFWQJQ

The singerhas proved a huge hit with her campmates and some viewers are using drastic measures to ensure she makes it through to Sunday’s final.

It came aftersome fans outside the UK have been left unable to phone in or use the ITV app to vote for their favourite star.

But one Girls Aloud fan Twitter account has found a loophole and has let fellow followers in on the know how.

It all started when one confused US fan said: “Are international fans allowed to vote / how? #AmericanAlouder.”

The fan account replied: “As far as we’re aware you should be able to if you download a VPN app and then download the I’m A Celeb app.

“When you vote you might need to change your VPN then too.”

Another fan account dedicated to Londonderry born Nadine has also advised those in the Republic of Ireland to use the same trick to vote for her, by saying:“Vpn is your friend.”

Using a VPN service isn’t illegal in the UK.

However, they can be used to get around geo-restrictions – like the fans are doing with the voting system.

VPN can also be used watch videos in certain countries which you aren’t permitted to do so – using a VPN in this way is illegal and so it is important never to do so.

Five key vows from Rishi Sunak’s first speech as PM – and how the...

Boris Johnson tells people to isolate from TODAY if they want to see family...