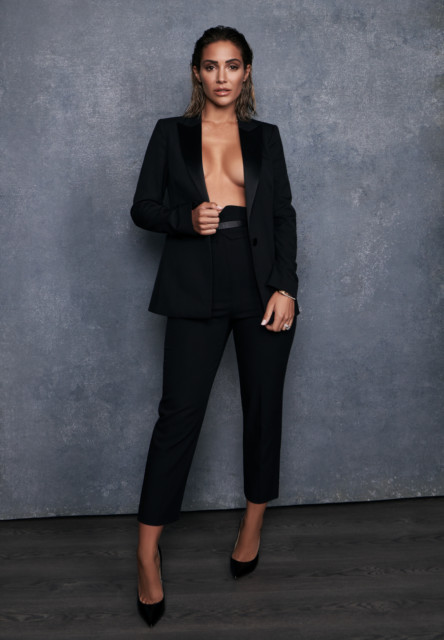 FRANKIE Bridge is set to rake in millions after being flooded with offers while in the castle.

The I’m A Celebrity star – and favourite to win the show – has had several lucrative approaches made via her agents.

They include a well known high street brand, a fashion house and at least TV presenting offers, HOAR can reveal.

Last night a source said: “Frankie has been the most searched-for contestant on Google by a country mile on this year’s show.

“Not only does she look brilliant, but viewers have got to see her cheeky, fun-loving personality shine through.

“She’s also got guts – and isn’t afraid to say it how it is.

“She’s been offered a solo presenting gig for a couple of major channels, and has had loads of interest from high end fashion brands.

“It’s a super-exciting time for her.” Frankie, 32 – married to former Man City ace Wayne – is tipped to reach this year’s final in north Wales.

She has already completed a Bushtucker trial which saw her have to down vile drinks including blended deer’s testicle and last night fans saw her turned upside down in a cage containing rotten fruit and veg. The offers include a well known high street brand, a fashion house and at least TV presenting offers Did you miss our previous article…
https://www.hellofaread.com/im-a-celebrity/im-a-celebritys-david-ginola-could-land-james-bond-role-says-ex-teammate-rob-lee/

Pro-Jeremy Corbyn fans sign petition to get him to STAY as Labour boss despite...

Meghan and Harry latest – Fans spot MAJOR clue couple are about to ditch...

Dani Dyer shows off her growing baby bump as she sunbathes in a pink...