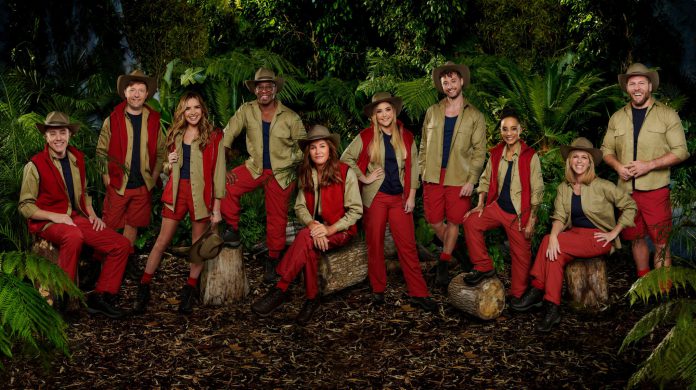 I’M A Celebrity: Get Me Out Of Here! 2019 is now over and the camp mates have already returned home.

With food at a premium in the jungle, it’s almost impossible to come out and not have shed some pounds – check out the cast’s before and after pics below…

Former Rugby player James Haskell usually consumes over 4000 calories, but had to resort to less than 1000 whilst in the jungle.

It is unclear how much weight the star has lost, but he certainly did lose a substantial amount and spoke to Ant and Dec after his eviction about the physical toll the jungle experience had on him.

He said: “My body started to shut down bizarrely, but it was the fact that I couldnt walk past jobs that werent done, so if the water needed topping up, Id go and fill it up.”

I was up and down the stairs the whole time and I was burning a lot of calories and a lot of adrenaline, and, obviously, all the walking to go to the trials.

I couldnt concentrate and my legs I had nothing in my legs, I was getting very tired.”

The new Queen of the jungle showed off her slimmer figure at the I’m A celeb coming out party.

The former EastEnders star took part in her fair share of trials on the show and started the series on basic rations of rice beans, as well as enduring time in the jungle jail.

The 27-year-old defeated DJ Roman Kemp and Corrie star Andy Whyment to win the crown and was greeted on the bridge by her controversial husband Dan Osborne.

The actor took to her social media to thank her fans for voting and she is “absolutely fine.”

Roman transformed his body this past summer after revealing his shredded abs after undergoing a strict training regime.

The DJ was spectacular in the trials and was breath of fresh air in camp.

He kept the campmates on their toes with his very unique questions and did his best to perform his Dad’s song when doing karaoke at the jungle arms.

The Rak-Su star was the sixth person to leave this year’s I’m A Celeb and showed of his weight loss before he even left the camp.

To which Myles then replied: “Am I?”, to which James replied: “Yep. So lean brother.”

Myles caused some controversy in the camp when it was reported that he informed Jacqueline Jossa that her husband Dan had cheated with his ex Gabby Allen, which caused Jac to leave the camp and send Dan a voicemail.

The comedian was the second celeb to be eliminated from the jungle.

The Irishman had a spat with Ian Wright on more than one occasion and at one point the challenge of the jungle looked to be getting the best of him.

He bravely took on the trails, especially when he was locked in an ark with various animals such as iguanas and camels.

Since leaving the jungle theGMB star, 52, gave up sweet treats and dropped two stone before heading to Oz, while a diet of beans, rice and lean meats in the jungle helped her lose another stone.

She showed off her new slimmer figure in a glam red play-suit as she reunited with her campmates.

Kate told The Mirror: I was a bit shocked when I got into the dressing room and looked in the mirror. I thought “Oh, my God!” because you don’t see yourself. There is no mirror in the jungle.”

The journalist took part in the show’s famous trial Celebrity Cyclone and finished in an impressive fourth place.

Actor Cliff Parisi was a late arrival in the jungle and lasted 16 days in camp.

According to heart.co.uk, Cliff revealed he had lost a huge one stone and a half in just two weeks.

Talking to Lorraine, the former EastEnders star said: It’s the beans that have done it – I am never going to eat a bean in my life again.”

“I have been paid to go on a diet, somewhere sunny, and live in a jungle.”

The former EastEnders star has vowed to continue the diet and lose and some more weight.

According to The Express Cliff said: I went in there to go on a diet. I am planning to stick with the diet and lose a bit more weight. I dont know what my employers are going to think about thatIve been in the series for 10 years and Im the big, fat, useless mechanic.

The former Arsenal footballer was put through the ringer during his time in the jungle, partaking in more trials than anyone else prior to his eviction.

There seemed to be a big difference to Ian‘s body throughout his time in the jungle and it shows as he donned a smart-looking waistcoat at the coming out party, especially after the first week where he predominantly had basic rations.

The Premier League winner’s time in camp will be remembered fondly for screaming through the underground trial with Jacqueline and fumbling his way through the pitch-black trial with James.

The former Girls Aloud band member left the jungle in a shock double-eviction with Caitlyn Jenner.

The singer was already very slim upon entering the jungle, but showed off an even leaner frame on her Instagram page.

Nadine started her jungle journey by parachuting out of a helicopter, before winning a trial with Adele Roberts to earn a spot in main camp and escape the dreaded rice and beans ration, well least for a little while longer.

The Coronation Street actor, 38, was a late addition to the Aussie jungle line-up yet the scant diet of rice and beans saw him drop a whopping five kilos.

Soap fave Andy told host Lorraine Kelly: “I have lost five kilos, but I didn’t think I had five kilos to lose.

“Myles started calling me noodle arms because of it.”

The 70-year-old looks incredible for age as she posed for photos in a red mini-dress.

The reality star was eliminated from the show in the double eviction with Nadine and also entered with her by parachuting out of a helicopter.

The BBC radio 1 DJ lost weight prior to entering the jungle on a no-sugar diet.

She seemed to be losing more weight throughout her time on the show and viewers were worried over whether she was getting enough food.

After her exit from the jungle she tucked into a delicious-looking burger and fries on Instagram, so Adele seems to be getting on just fine!

Why is Simon Cowell not on Britain’s Got Talent tonight? BGT judge replaced by...

Molly-Mae and Tommy Fury reunite for first time since he returned from U.S after...

Even from opposition Jeremy Corbyn is paralysing, hurting and enraging Britain what a...