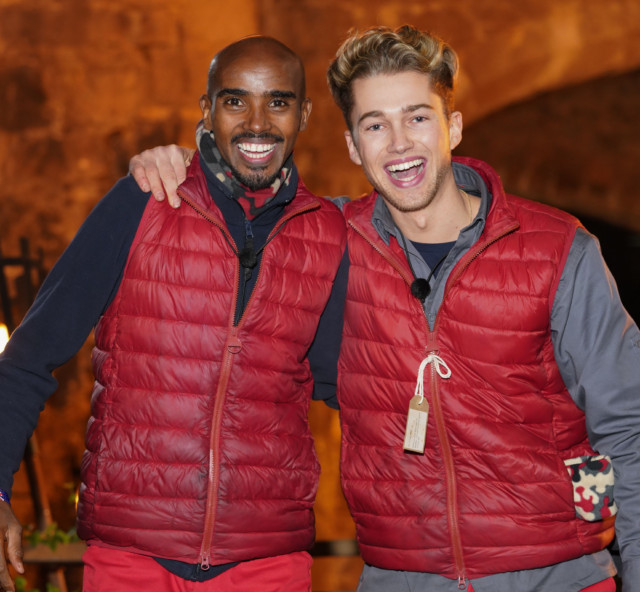 Several viewers picked up on a comment Jordan North made about AJ before the vote was revealed, where he said: “He’s going out tonight.”

The camp agreed that AJ and Mo should do the Game Of Groans trial, just before the two of them left the camp in a public vote.

One viewer tweeted: “How did Jordan know AJ was going home tonight??

“When they were deciding how was doing the trial he said he’s going tonight anyway or it’s his last night anyway!!”

Another wrote: “How come the celebs KNEW who was leaving last night, as shown in the clip where they chose which two were doing the Game of Groans trial, @imacelebrity? “They knew AJ was going & Jordan was staying? Odd, too, they accepted Mo was doing the trial (just before he left).”

AJ refused to do paper, scissors, stone for the chance to do the trial, but said Mo should take on the task. He said: “It’s not the way I’d usually work. I agree 100 per cent Mo through and through.”

Shane Richie, 56, told Jordan: “I appreciate that you want to do one. God willing you’re here tomorrow and I think it’s a shout for you to do one tomorrow.”

AJ and Mo were duly evicted, with fans tweeting that they had mixed feelings. One wrote: “Glad AJ is going but seriously why Mo?!”

Did you miss our previous article…
https://www.hellofaread.com/im-a-celebrity/im-a-celebritys-jessica-plummer-shares-emotional-moment-she-reunited-with-daughter-noa/

Queen Elizabeth news – Harry ‘appealed to Queen’ for better office after ‘back room’...

You can now get KitKats, Smarties and Fruit Pastilles delivered to your door in...