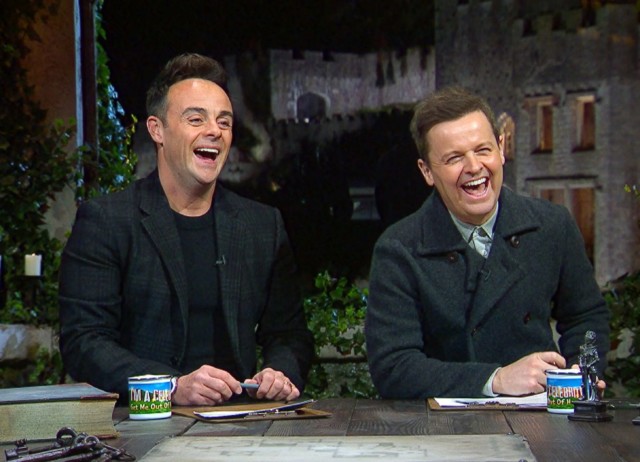 I’M A Celebrity has been hit with Ofcom complaints – for mocking Boris Johnson.

Presenters Ant and Dec made regular jokes at the expense of the PM this series amid accusations of a party at 10 Downing Street last December.

In a link to camera on 8 December, Ant McPartlin, 46, made a not-so-subtle reference to the unfolding story when talking about a change in camp leaders.

Speaking about the celebs, he told viewers: “They weren’t celebrating. They categorically weren’t having a party.

“They categorically deny any accusations they had a party.

“And this ‘fictional’ party definitely didn’t involve cheese and wine or a Secret Santa.”

Dec, also 46, then jumped in with his oft-used catchphrase: “Evening Prime Minister” before adding: “For now.”

He then pointed to his eyes and back to the camera lens towards the PM as if he were watching at home.

Ofcom revealed today that it was received 65 complaints from disgruntled I’m A Celebrity fans over the sketch.

A spokesperson for the watchdog told HOAR the objections “related to comments made about the alleged Downing Street Christmas Party”.

However, they are dwarfed in comparison by the number that have flown into the TV watchdog over the use of live animals on the show.

More than 12,000 viewers have written in fury to television watchdog Ofcom and accused telly bosses of being cruel to critters and creatures.

It came after the RSPCA co-ordinated a campaign urging their followers to complain about the show.

Dr Ros Clubb, from the RSPCA’s wildlife department, said: “We’re overwhelmed by the response from the public to our campaign against the use of live animals in the I’m a Celeb show.

“More than 12,000 have already written to Ofcom to express concern – with the reaction from the public even stronger than last year, when the programme was filmed in North Wales for the first time.

“Recent weeks have once again seen many live animals put in situations that would compromise their welfare for nothing more than a quick laugh – and once again we’ve been really worried about what we have seen.”

Did you miss our previous article…
https://www.hellofaread.com/im-a-celebrity/im-a-celebritys-david-ginola-lined-up-as-an-usher-at-winner-danny-millers-wedding-next-year/

Which pubs are reopening on July 4? Full list of chains open on Saturday

Emmerdale spoilers: Nate Robinson forces Jamie Tate to give him his job back at...