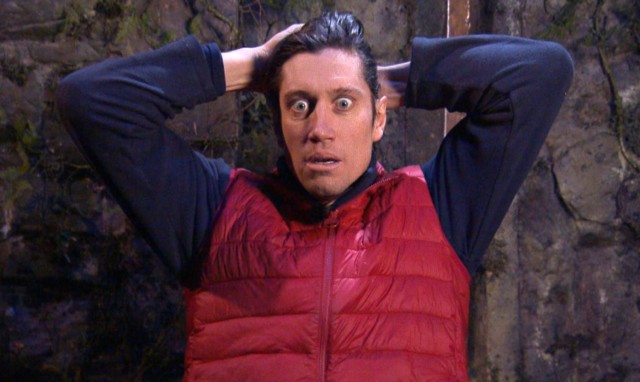 I’M A Celebrity’s Vernon Kay was left heartbroken when wife Tess Daly ran over and killed the family’s pet dog.

Tess, 51, told us at the time: “I’m devastated by this terrible accident.”

“It has had a huge effect on the whole family and we are heartbroken at losing Minnie.

“This has, and continues to be, a very emotional time for us all.” The accident happened as Tess was returning to her £3.5million Buckinghamshire mansion in her Range Rover The accident happened three-years after the couple’s Labrador Sam died from lungworm.

Tess was returning to her £3.5million Buckinghamshire mansion in her Range Rover when Minnie died.

She was unaware Minnie had got out and did not have time to react as the long-haired dog suddenly ran under her front wheels.

The accident devastated Tess’s husband Vernon and their two daughters Phoebe, 15, and Amber, 10.

It happened days before the family were due to fly to the Maldives to celebrate Tess’s 50th birthday on April 27. The family also have a five-year-old Chihuahua called Blue.

Tess has taken over Vernon’s Instagram while he’s in the I’m A Celeb castle, and has been keeping fans up to date.

A source said: “Tess is absolutely beyond heartbroken.

“She and Vernon have drummed it into the girls that they must never, ever let the dogs out and sure enough, the animals always stayed indoors.

“But they have had the builders in, carrying out various bits of repair work in the courtyard. And one of the labourers foolishly left the front door open — and Minnie escaped.

“Tess had been out for the morning and as she drove back in and up the driveway she was too high up in her 4×4 to see Minnie suddenly bolt out.

“It all happened in a flash and there was absolutely nothing she could do. But it was sickening.

“Minnie was like another child to Tess and Vernon and to lose a member of the family in such a tragic, hideous way is understandably devastating.” It is understood the tearful family held a memorial for the dog in the grounds of their landscaped gardens before burying her.

The couple, who married in 2003, chose a home in Buckinghamshire because of its peaceful location.

As well as their dogs, who only go outside for walks, the TV duo also have two one-year-old Shetland ponies, named Honey and Willow, who live in the grounds.

The idyllic property also has a swimming pool, large conservatory and a luxury marble bathroom. Tess has hosted BBC1’s hit dance competition since 2004 – firstly alongside the late Bruce Forsyth, and now Claudia Winkleman. My Grand Designs nightmare was dubbed ‘saddest ever’ – it cost me my family...

Chancellor Rishi Sunak could give firms £3,000 for each apprentice they hire to help...

Who is Queen Bee on The Masked Singer? Latest theories