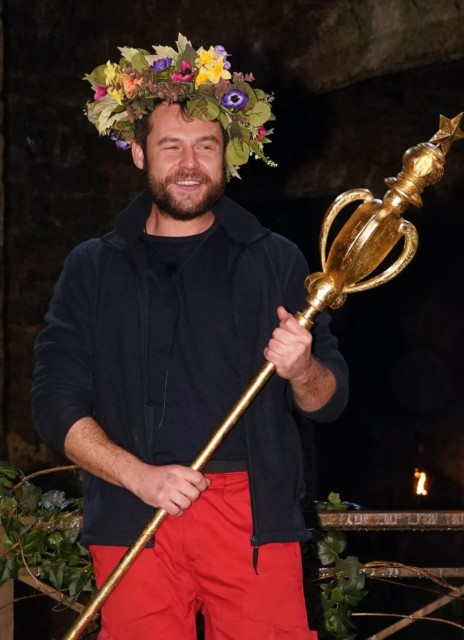 I’M A Celebrity winner Danny Miller has been left gutted after his welcome home party was cancelled amid Covid fears.

The King Of The Castle, 30, was hoping to celebrate his victory alongside his nearest and dearest at a venue in Manchester, but it has now been deemed too unsafe.

A source said: “Danny was really looking forward to partying with his pals after his time in the castle.

“But he understands it’s the sensible thing to do and he can always celebrate when things calm down again.

“His good mate Scott Thomas was going to be organising the bash and he wanted all his castle palls to join them.”

Danny did get to party a bit after his win as he stayed up to the early hours with David Ginola.

They were joined by  Frankie Bridge and Simon Gregson in a knees up at posh hotel Palé Hall in Gwynedd until the small hours.

While runner-up Simon Gregson, 47, added: “We celebrated in style, we had a very fine red wine of course.”

They reunited with their families the next day and Danny was incredibly emotional about seeing his fiance Steph and their baby boy Albert.

The family have been spending quality time together since then and enjoyed a luxury night out in Manchester this week. Danny has been spending time with his son Albert Danny is delighted to be reunited with his fiancee Steph

Celebs show off their beach bums – from Kim Kardashian and Maura Higgins to...