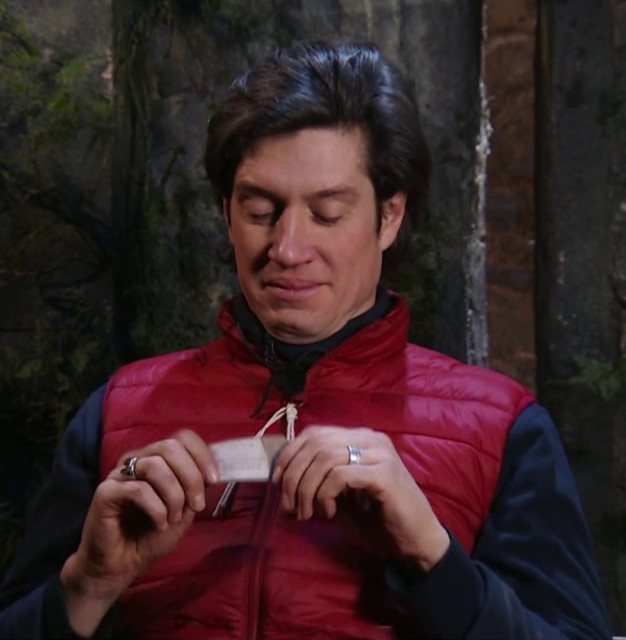 I’M A Celebrity’s Vernon Kay left viewers across Britain sobbing as he broke down in tears ahead of tonight’s nail-biting final.

The 46-year-old star paid an emotional tribute to wife Tess Daly telling the Strictly Come Dancing host: “I love you baby, you know I do.

He added: “Love you forever and ever. And girls – I hope I’ve made you so proud.”

Vernon’s voice then cracked as he teared up, holding up the tag that came with his gift from home, which he wears around his neck.

Another tweeted: ‘Ttess i love you baby’ my heart vernon.”

The former Family Fortunes host said he was “flabbergasted” to have made it to the final alongside Jordan North and Giovanna Fletcher.

He said: “I was in complete and utter shock that Shane left. It means the world to me that I’m in the final, that people have taken the time to pick up the phone and push the buttons. I’m flabbergasted.”

Weird £450 ‘Gaming bed’ with room for snacks and drinks means gamers never have...