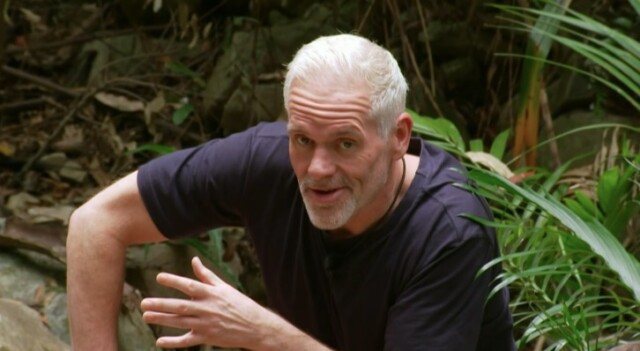 I’M A Celebrity…Get Me Out Of Here! star Chris Moyles has spilled the beans on an awkward encounter with music legend Elton John.

The DJ revealed he was interviewing Sir Elton live on Radio 1 when he promptly turned the airwaves blue.

Chris, 48, spoke about the rude run in while chatting to his jungle campmates about their best and worst days at work.

He said: “Elton John came on the show and, within the first 10 seconds of being live on the show, dropped the F-bomb.

Chris’ red-faced moment with the Tiny Dancer singer happened in 2004, shortly after 9am on Radio 1.

What Chris failed to mention was that Sir Elton, 75, didn’t just swear once.

After his initial F-bomb, he went on to list a string of bad words, including ‘b***er’ and ‘w**k’, asking if they were allowed to be said on air.

“I’m sorry, I have this weird syndrome approaching 10am,” he added.

After apologising again, Chris said to his listeners at the time: “Thanks everyone, you’re listening to my last show on Radio 1.”

Following the incident, the BBC said in a statement: “It’s a live show and Elton was warned several times about swearing. We are sorry if he offended anyone.”

Meanwhile, during the campmates’ chat on Wednesday night’s episode of I’m A Celebrity, Seann Walsh admitted to falling asleep during a shift in TK Maxx.

He said: “Working in TK Maxx and I got sacked for falling asleep under the coats. It was so comfy.

“The shop had closed, everyone was tidying and I was meant to be doing the coats, but the coats were on the floor.

“I was so tired I crawled under the rest of the coats and just snuggled up. Then the boss came down and said, ‘Right, we need to have a word’.”

I’m A Celebrity…Get Me Out Of Here! watch the next live episode tomorrow at 9.00pm (Thursday) on ITV1 and ITV Hub

Did you miss our previous article…
https://hellofaread.com/im-a-celebrity/lioness-jill-scott-admits-shes-scared-of-heights-after-chitty-chitty-bang-bang-themed-bushtucker-trial/