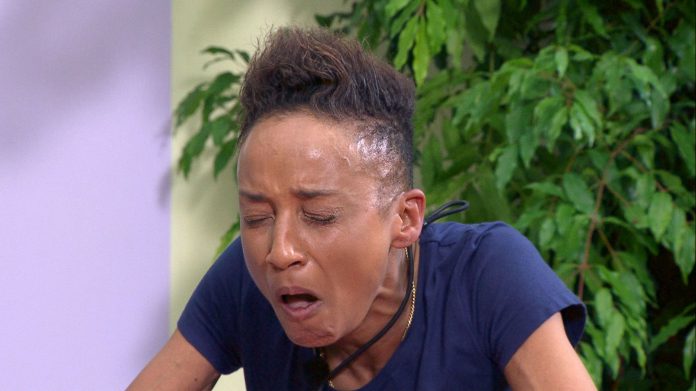 ADELE Roberts looks like she’s having a rough time as she takes part in the eating challenge on tonight’s I’m A Celeb.

The pair will take on the challenge on tonight’s show after the public voted for them to take part.

And Roman’s dad Martin Kemp has even voted for him to ‘eat kangaroo b*****ks’ cackling ‘That’ll show him’.

Ant and Dec look on apprehensively as the pair sit down to a less than appetising meal.

And Adele looks shocked to the core when she is presented with her plate – of what looks like worms or guts.

Caroline Flack’s mum says star was a happy-go-lucky girl but was petrified of people...

Blind Britain’s Got Talent star Sirine, 14, moves the audience to tears as she...