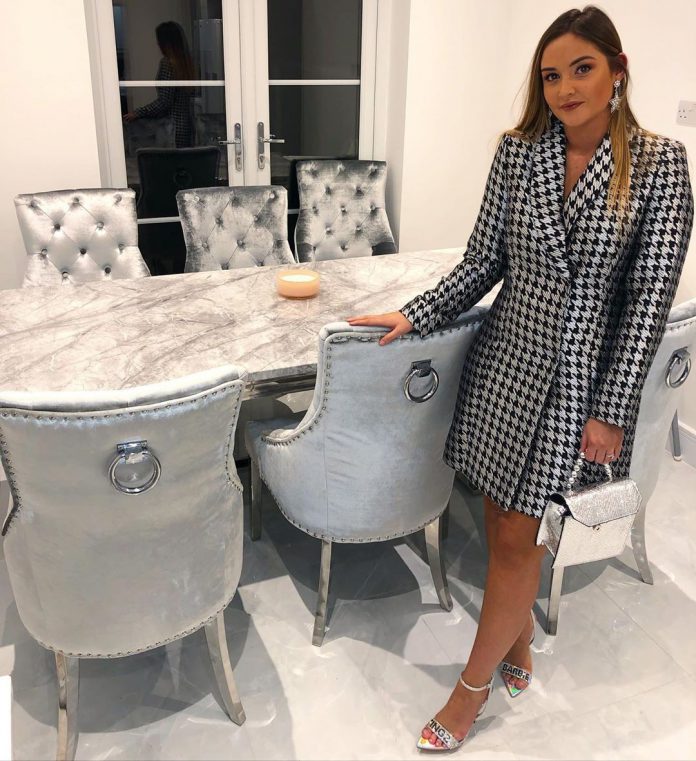 JACQUELINE Jossa and her husband Dan Obsorne today returned to their incredible Essex home after her I’m A Celebrity victory.

Now, we can give you a glimpse inside the house the 27-year-old ex-EastEnder shares with the 28-year-old Towie starand their children Ella, four, and Mia, one.

Jacqueline and Dan have designed the pad with tasteful monochrome furnishings and an extravagant playroom for their two daughters.

The living room includes a comfy grey sofa,with the open-plan room leading to a sleek kitchen, where Jac shared a picture of her posing proudly beside an oven.

Theres also an island unit that doubles as a breakfast bar for the family to eat their meals around, or – in Dan’s case – build Lego.

The bedrooms are equally glam, with a vast king-size bed, complete with a Chesterfield-style headboard.

And the girls’ bedrooms aren’t any less glamorous, with baby Mia resting her head in a French-style white cot.

Ella has the ultimate princess bedroom that boasts a huge playhouse with its very own staircase that can also be used for storage.

She and her little sister can also entertain themselves in an incredible playroom that boasts its very own teepee.

The ex-EastEnders star and Dan, 28, were all smiles as they pushed their loaded trolleys through the airport, alongside their children Mia and Ella and their parents.

The former soap star will celebrate at a mega bash after being crowned Queen of the Jungle amid herhusband’s cheating scandals.

Freedom Day WILL go ahead on July 19 after 18 months of Covid restrictions,...

Boris Johnson is refusing to bow to Brussels post-Brexit trade deal demands because they...

9 ways to save money at McDonald’s including how to get a triple cheeseburger...