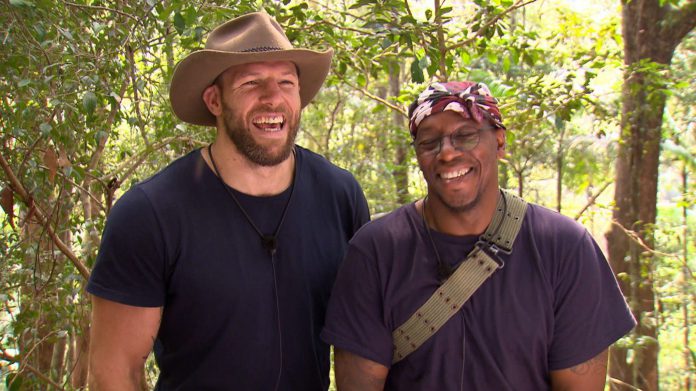 JAMES Haskell is being probed by Ofcom over his “clubfoot” comment after I’m A Celebrity viewers claimed he mocked disability.

The rugby star was hit with 78 complaints after Monday night’s show aired.

It followed a conversation with Ian Wright, when James said: “Hes completely lost the plot.

“Look at that clubfoot. Go on then, expend that energy.”

Clubfoot also known as talipes is a birth defect that can mean one or both feet point down and inwards at the ankle.

It can mean children are unable to walk in future if left untreated.

Some viewers were angered by James’ use of language.

One said: “I’m sorry, but I’m really disgusted by James Haskell’s comment about Clubfoot. Why is this acceptable? #ImACeleb @ITV.”

Another added: “As a mother of a child born with bilateral club foot, who has spent most of his young life having treatment Im disgusted to hear such a comment on one of his favourite shows! #ImACelebrity2019 #ImACeleb #clubfoot #talipes.”

Someone else said: “Disgusted at the remarks regarding #clubfoot by @jameshaskell last night on #ImACeleb having spent the last 18 yrs in and out of hospital for major surgeries, physio appointments scans and repeated injections with a child born with bilateral clubfeet #jokeofaman.”

This week 34-year-old James was accused of being “controlling” when he lashed out at Andy Whyment.

He sternly told the Corrie star top stop asking about the roast dinner he missed out on “for his own good”.

Face masks and working from home could stay after June 21, Matt Hancock hints

Im A Celebs Jacqueline Jossa and Myles Stephenson strip off as campmates sunbathe and...