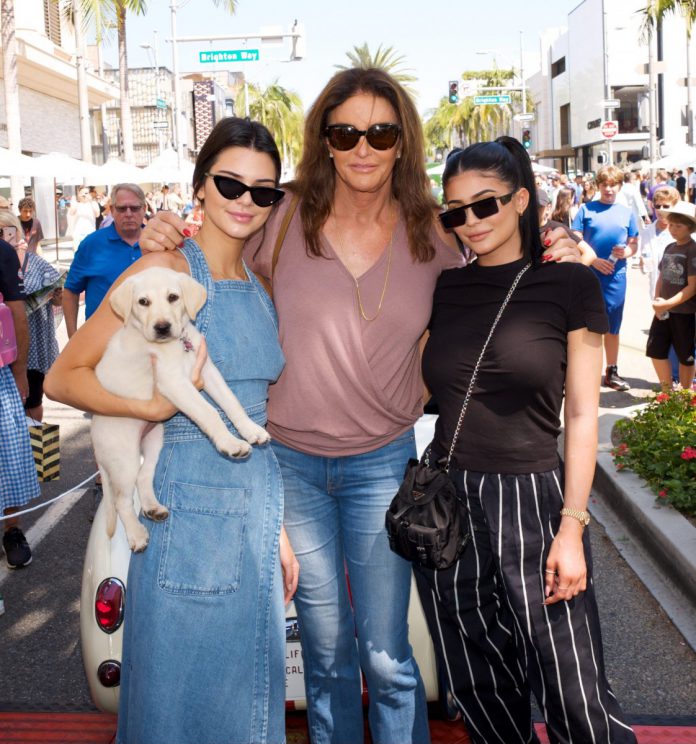 KYLIE and Kendall Jenner have finally showed their support for Caitlyn on Im A Celebrity by liking a picture posted by Sophia Hutchins.

The girls had so far kept quiet about their dad taking part in the ITV show but appear to have been keeping up with her antics on her Instagram account, which Sophia is running.

Kendall liked a video of Caitlyn learning a Girls Aloud routine alongside Nadine, Jacqueline and Adele.

And Kylie showed her appreciation on a post showing a picture of Caitlyn and her dogs, which read: We are all rooting for you @caitlynjenner on @imacelebritylive on @itv.

Caitlyns step daughter Kim Kardashian was however the first family member to break her silence on her doing the show.

The39-year-old reality starposted a video of the moment the 70-year-old woke up camp by shouting at a sleepy Myles Stephenson and Roman Kemp. She tweeted the video from the official ITV account for the show, writing: “I literally recorded this and set this as my alarm a few weeks ago.”

The Kardashian-Jenners hadcome under fire from fansfor not supporting Caitlyn in the I’m A Celebrity jungle.

And earlier this week viewers were fuming that Caitlyn was once again snubbed by her famous family as she only received a care package from her DOGS.

The campers were all given packages that included letters and gifts from family back home, but the reality TV star’s letter was very short and only included a picture of her dogs.

Meanwhile Sophia has done a number of interviews about Caitlyns time on the show.

Yesterday she revealed their relationship wasnt romantics because of the 47-year age gap.

Describing their relationship, she said: “I would say that we are partners in every way, thats what Ive said for a long time. We do business together, I still manage her career while running my own company.

“We have dogs together, we live together. Really, I think it comes down to that we are family at the end of the day. I think thats been a really special connection I dont think you find with a lot of people.

“We have such a big age difference, so theres not really a romantic sense to that relationship which Ive said before as well. I would say it comes down to a really good partnership in business and when it comes to personal it really is family.”

Emmerdale fans freaked out as Meena stares them down and talks directly to viewers...

Coronation Street fans stunned as David walks in on wife Shona cheating with her...