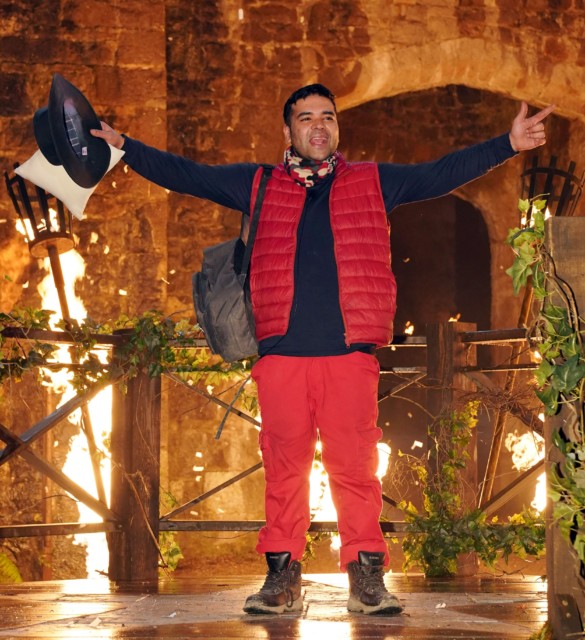 NAUGHTY Boy has taken aim at I’m A Celebrity by liking tweets claiming that he carried the show.

The music producer, 41, entertained and frustrated viewers in equal measure with his quirky behaviours and tantrums.

However, after being selected for a run of Bushtucker Trials, the viewer votes quickly dried up and he made an early exit from Gwrych Castle.

Today Naughty – real name Shahid Khan – has been on a liking spree of his supporters messages on social media.

One featured him with a Christmas tree slung over his shoulder along with the caption: “Naughty boy carrying the tree is symbolic to him carrying the show.”

Another saw a fan write: “So p****d off Naught Boy left I’m A Celeb so early. He should have been there until the end.”

After his 16 days in the castle, Naughty could be one of this year’s most successful stars with a PR agency claiming he could rake in up to £250,000 in the next 12 months.

PR agency 10Yetis‘ owner Andy Barr said: “Shahid Khan, otherwise known as Naughty Boy, left the jungle last night after being voted out by the public. Although he was known for his music before entering the show, he’s become a figure of entertainment for many who sit down to watch celebrities in the castle every night.

“However, pairing this with the money that he’s able to make through his music and the career he had before going on the show, he’s bound to be earning some good money in the coming months, with sponsors knocking at his door.

“I can see Naughty Boy bringing home an extra £250,000 in the next year, through the likes of book deals, endorsements and brand partnerships.”

During his time in camp Naughty Boy had arguments with Frankie Bridge and rows with Kadeena Cox over the cooking.

The star also had bust-ups with Adam Woodyatt over the chores and a confrontation with David Ginola for telling him to do a trial.

But yesterday Naughty revealed the gut-wrenching reason behind him being the centre of several camp rows.

The hit maker told ITV’s Lorraine how he’d struggled with leaving his mum, who suffers from dementia.

As they spoke about the fall-outs, Naughty Boy told host Lorraine Kelly: “It was like a teething process, just getting use to it.

“To be honest, the first thing for me, it was the longest period of time spent from mum for the last couple of years and since she’s been living with me.

“I was thinking she’s probably missing me and that combined with getting used to the Clink. I wasn’t expecting that and it might have thrown me.”

Naughty Boy, real name Shahid Khan, lives with his mother and is her full-time carer.

He left the castle last night, clutching a pillow with her face printed on it.

He added: “Apparently when she saw me on TV, she thought it was Facetime so tried to talk to me.

“I can’t wait to see her. I’m going to try to surprise her.” ‘Island communities’ or even Cornwall could pilot NHS tracing app BEFORE rest of the...

Boris Johnson to unveil new plan to cut carbon emissions by 68 per cent...

Meghan and Harry latest news – Duchess and Duke mocked over new podcast which...

Police could only deal with murders and killings if coronavirus stretches forces to breaking...