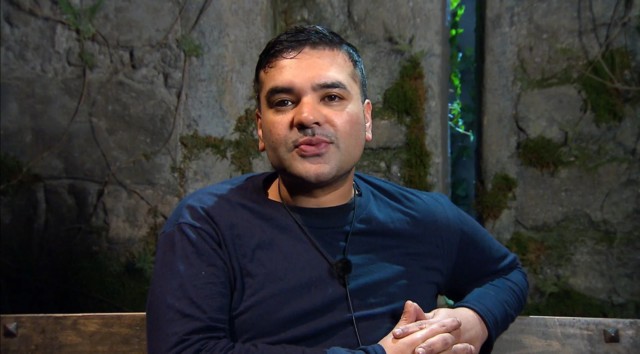 HE is the most controversial campmate in this year’s I’m A Celebrity, but Naughty Boy breezed through the first eviction.

Despite the music producer causing friction in camp and driving viewers mad, it was Arlene Phillips, 78, who got the boot – leaving many gobsmacked.

But last night’s vote was for viewers to support their favourite celebrity and it seems the 40-year-old has a huge fan base.

The award winning artist has worked with some of the biggest names in the industry  – including Beyonce and Jennifer Hudson – so is likely to have their supporters behind him.

Arlene meanwhile is best known for being on Strictly thirteen years ago and might have an older fan base.

Votes are cast either on the phone or via the app – making it very easy for the younger generation to have their say.

Judging by how many times Naughty Boy has been picked to do the trials, it seems it might have been a different story if the vote was to evict someone.

Disgruntled viewers suggested the show was a fix after Arlene lost her place last night.

One person raged: “If Naughty Boy doesn’t go tonight this shows the biggest fix, I ain’t heard one person say they like him.”

Another fumed: “Arlene had more life in her than many of them in there, ageism is alive and well eh and rearing its ugly head.”

Fans have got fed up of watching Naughty do all the trials and even his campmates have turned against him.

As Naughty Boy headed off for his trial on Sunday night, Danny was seen pacing the courtyard in fury.

Speaking to viewers – who keep voting for him to take part in the trials – he urged fans to ignore him for once.

Danny said: “You know it would be nice to switch it up and chuck a couple of other people in there but the British public want to see Naughty Boy.”

And after taking part in the Gross Vegas challenge with him, diver Matty Lee told Danny that Naughty Boy wasn’t being his real self.

He said: “It’s interesting, he can turn his media thing on. Some people can just turn it on – he does when he’s in there.”

Danny replied: “I couldn’t, I just have to be myself.” Naughty has caused conflict in the camp

I’m A Celebrity fans are all saying the same thing about this series after...

Boris Johnson will RESIGN imminently in major statement after dozens of MPs quit in...