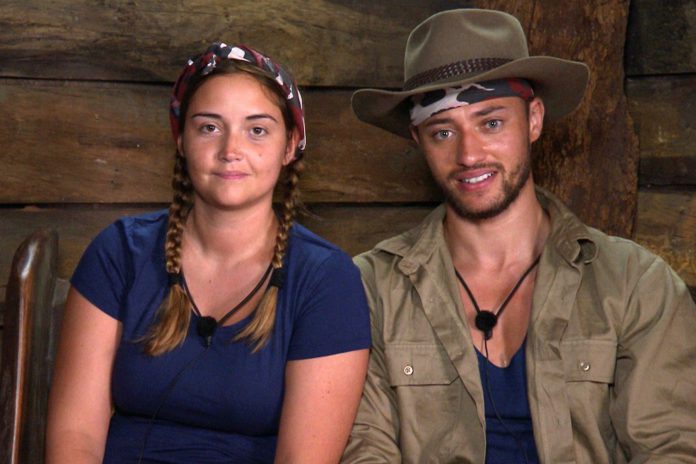 MYLES Stephenson has become a key member in the never-ending saga surrounding Jacqueline Jossa and her husband Dan Osborne – who has been accused of cheating on her.

The I’m A Celeb star opened up to Jacqueline about information he learnt during his relationship with Dan’s alleged fling Gabby Allen. But what exactly did he tell the actress while they were out in the jungle…

What did Myles Stephenson say to Jacqueline Jossa?

Myles has since revealed that Jacqueline was told exactly what her husband messaged Gabby during their snatched five-minute conversation on the way to a bushtucker trial.

Myles told HOAR that he didn’t want to spill the beans to Jacqueline but she asked to know the truth.

He said: “There was a moment in camp when Jac asked about the situation. I said to her, ‘Look, were not going to talk about it now. We’re in front of about 150 cameras right now’.”

The performer said tearful Jacqueline quizzed him again when they were off camera as they made their way to a Bushtucker Trial.

Myles said that, by then, he and Jacqueline had become “best friends” after living in one anothers pockets Down Under.

“I told her, ‘Im only telling you because youre already a sister to me’. If it was the other way, Id want to know.

“I also went on to tell her that, at the end of the day, Im not a spiteful person. I didnt want any of this coming out in public,” he continued.

“I could have quite easily gone the horrible route. I didnt take pictures of anything, which means people are going to say Im a liar but I have nothing to gain. Nothing at all.

“I spoke to Jac about it and said, ‘Whatever you decide to take from what Ive told is down to you and Dan’. I’ve got nothing against him.”

Speaking to Metro, Myles also explained: “Basically she asked me in the main camp and I said, ‘Now is not the time to talk about it’, and when we got a spare five minutes on the way to a trial we spoke about what I had read [in Gabbys messages] and that was it.

“I’d found messages when me and Gabby were together. She listened to what I’d read and she took it on board and she moved on from it. So I’m glad that she took it in and made a decision on what she wanted to do.”

What has Myles said about Dan Osborne since leaving the jungle

Myles and Dan Osborne are on good terms now but the pair were almost set to clash out in Australia.

Dan flew to Australia to confront Myles after the revelations he made to Jacqueline had the actress removing her wedding ring and threatening to quit the show.

Dan, who has daughters Ella, four, and Mia, one, with Jacqueline, reportedly told pals he wanted to clobber Myles and “knock his head off” after the revelations.

Myles told HOAR’s Bizarre: “If you know youve done no wrong, why would you want to knock someone’s head off?

“It’s an immature response. He shouldn’t get his back up. It makes him look bitter and stupid.”

The singer, who was staying at the same five-star Versace hotel as Dan at the time, added: “If he wants to come and try and knock my head off it won’t end well. One of us is going to end up in the nick and nobody needs that. He’s got two kids here. He should be looking after them.”

However, the pair put their differences aside after spending time together in Australia while Jacqueline was still competing in I’m A Celebrity.

Jacqueline has yet to comment on her conversation with Myles

What has Dan Osborne said about the claims?

Gabby Allen and Dan were pictured looking close together on a yachtas they enjoyed a holiday at The Holistic Bootcamp in Marbella alongside celeb palsStephanie DavisandCalum Bestin 2018.

But Dan wasquick to defend the snapsand told one of his Instagram followers that he was merely speaking and laughing with a friend.

Jacqueline was pregnant at the time and the couple had a temporary break with Dan moving out of the family home.

Dan moved back in withJacquelineto help her out after the birth of daughter Mia in June last year and to give their two-year marriage another go.

When Dan and Gabby were in the Celebrity Big Brother house together, they were both quick to say that NOTHING went on.

The former TOWIE star has not commented on the rumours but has liked social media posts hinting at his innocence.